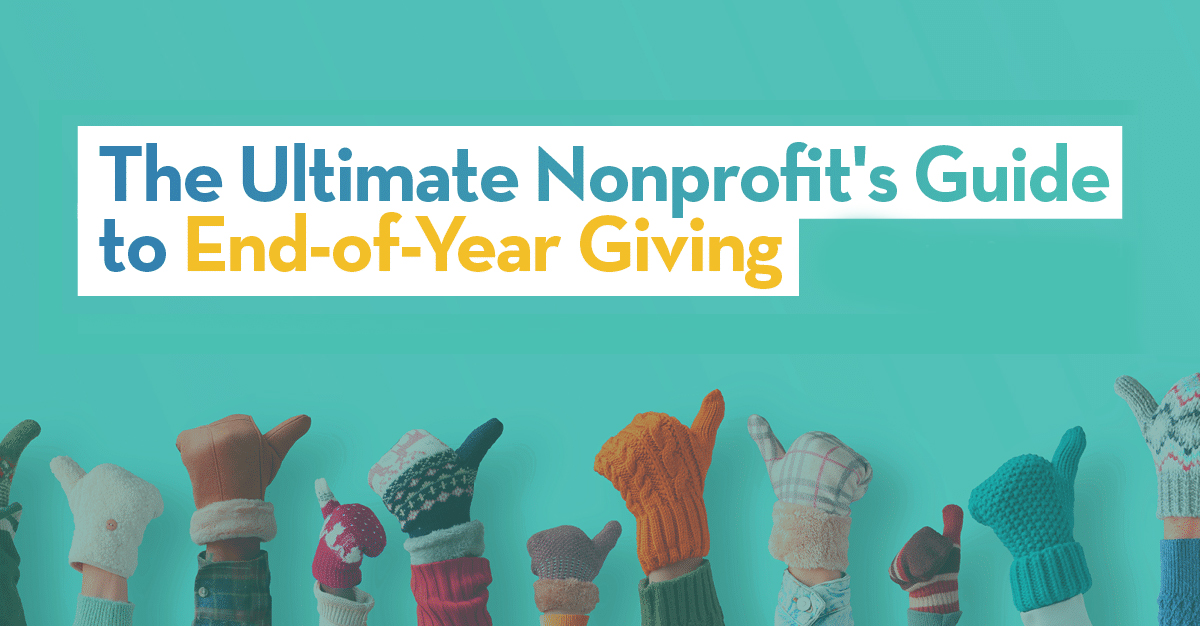 For nonprofits, the end of the year can be both stressful and exciting. Because this can be such a hectic time for nonprofits, OneCause has put together the ultimate guide to end-of-year giving programs. Let’s face it – the end of the year is crazy enough without having to worry about running successful giving campaigns. This guide is your answer to streamlining end-of-year giving process for ongoing success.

Setting the Stage for End-of-Year Giving

The end of the year is one of the most important times for nonprofit organizations to maximize donations. It’s estimated that over 17% of all giving happens in the last month of the year. While this means that there is more money coming in than any other time of the year, it means that more nonprofits are clamoring for a piece of the pie.

It’s important to understand the target demographics. Make sure to consider:

To plan and implement a well run and successful end-of-year giving program, get a running start and leverage as many available resources as possible.

While planning and implementing end-of-year giving campaigns well in advance may seem like a no-brainer, nonprofits are usually scrambling at the end of the year to catch up on projected donations. This mad dash to the finish line can lead to unnecessary stress, chaos, and, unfortunately, poorly planned campaigns.

The months of November and December are two of the biggest months of the year for nonprofit organizations. Many industry thought leaders envision nonprofits to be locked in an uphill climb come the winter as fewer corporations and individual donors give to charity. To cut through the noise early on in the game and capture donor attention, nonprofit teams can:

Don’t worry, we get it – talking about planning is pretty easy, but actually taking action is another step. Keep reading for the proactive nonprofit manager’s ultimate guide to building and implementing successful end-of-year giving campaigns.

The best place to start when building the ultimate end-of-year giving campaign is, well, right at the beginning. Nonprofit leadership teams should already have the end-of-year programs earmarked as critical, and this means planning out in advance what the goals of these programs are.

One of the most important points is how your end-of-year campaign goals stack up against your yearly donation goals.

Are you going to count on the end of the year to bring in the majority of donations?

Or are you going to supplement an already successful annual campaign?

Having a good idea of financial goals going in to the planning helps map out the individual campaigns.

Once the donation goals for the end-of-year campaign are solidified, time for timelines. Your team should map out how you’ll engage with donors over the course of a few months (or whole year) instead of bombarding them all at once.

Having a general timeline to work from will make it easier down the road.

Step 2: Build out your individual campaigns, programs, and events

This is where nonprofit teams can really bring together the analytics and statistics about end-of-year campaigns with the creative ideas that make nonprofit programs stand out from the competition. Campaigns to think about include:

While #GivingTuesday isn’t exactly a type of campaign, it’s an increasingly important part of the end-of-year fundraising cycle. Since 2011, this nation-wide movement has raised millions for nonprofit teams and has made this single day a pivotal part of any team’s end-of-year plan.

As part of your #GivingTuesday campaign, it’s a good idea to build a dedicated online page or microsite for information, details, and online donations. This is where your team can house #GivingTuesday content from throughout the year, create posts for donors to share, and foster an online community.

Peer-to-peer fundraising and social engagement also works for end-of-year campaigns. These types of campaigns leverage your existing donor base to spread the word and find potential new donors across social media platforms. For end-of-year campaigns, especially around the holidays, peer-to-peer fundraising can be incredibly impactful as these campaigns are personal and emotionally engaging.

While November and December can be tricky months to host events because of conflicting dates, events that do make it on the books are often well attended and financially successful. The trick is to get the event details out to donors early and give them ample planning time. Events also pose the perfect opportunity to open the door to continuous engagement and communication with donors.

FREE BONUS: Download our Event Fundraising Marketing Guide. You can save this resource as a PDF and use it to help build a strong marketing campaign for your organization’s next event fundraiser!

This can all seem like a lot. Luckily, there are solutions available to take on some of the pressure. Nonprofit-specific fundraising platforms like OneCause help organizations word smarter and get more done on the backend so more donations can be raised for charity on the front end. 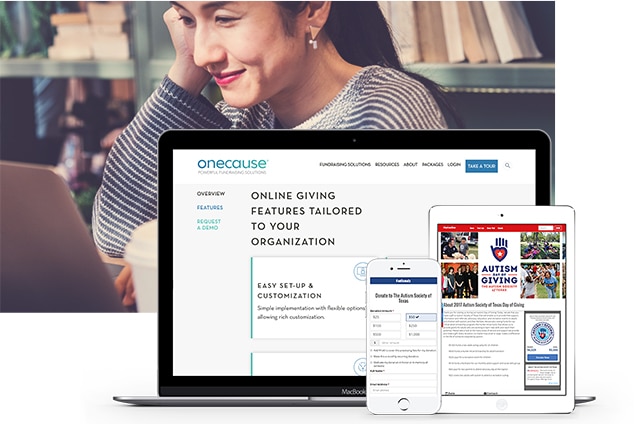 Click to check out the OneCause Online Giving Solution perfect for year-end campaigns.

Are you ready to get started with end-of-year giving campaign ideas NOW? Here are some ways your team can run creative, engaging campaigns for the next few months:

Plan your campaigns and map out timelines. Start letting your donors and new audience members know what’s coming down the road with your end-of-year campaigns. Get the conversation going and build excitement.

Now is the time to put a bug in your donor’s ears. Get your end-of-year campaigns rolling with a targeted email marketing campaign. Sort out your donor list by demographics, such as age or region, and send out information about your campaigns. If you’re hosting an event in November or December, include that in your emails. If you’re running a gamification campaign, include details on how to build an account on your site.

Your November campaigns should focus heavily on #GivingTuesday. Get your message out to more individuals and corporations and increase donations by partnering with a local (or national) retailer and working out a percentage donation for Black Friday or Cyber Monday purchases. See if you can include handouts, stickers, or other giveaways in-store for even more brand recognition and exposure.

This month, use the holidays to your advantage. Go big on social media with a targeted #hashtag and ask followers to share how they’re giving back over the holidays. You can even set up a prize system, such as the picture with the most likes wins a prize, to promote even more social sharing. The holidays are a popular time to be online and are a great way to squeeze in a final few days of donations before the end of the year.

Not done? Keep learning with OneCause!

Need some more inspiration? Check out some of our other helpful end-of-year resources: