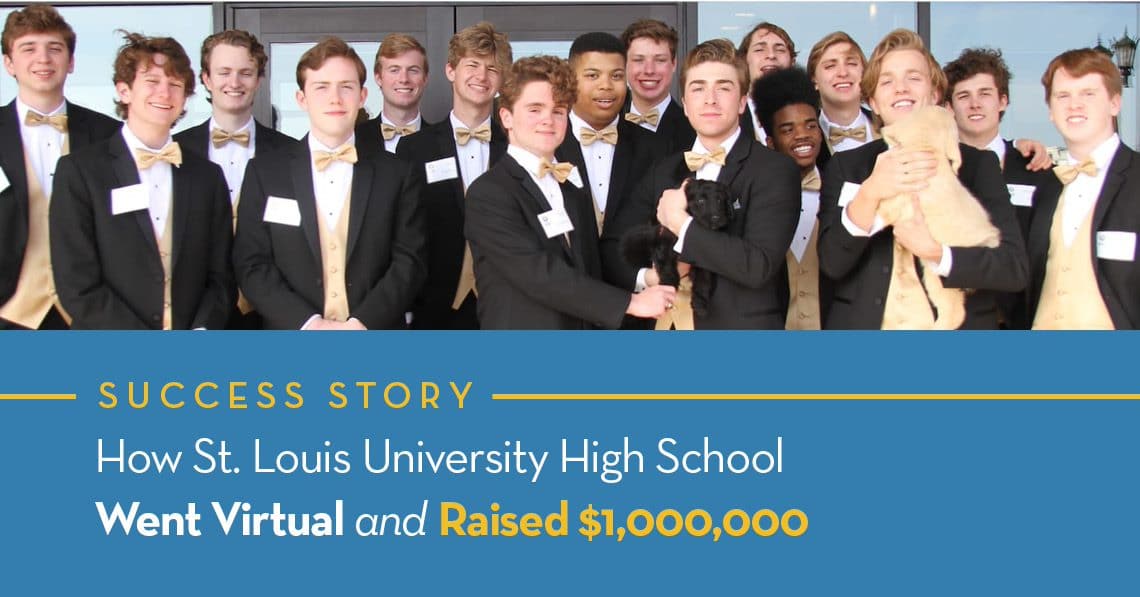 St. Louis University High School’s 51st annual Cashbah auction is more than just a fundraiser for financial aid, it represents a hallmark of SLUH and its presence in the St. Louis community. Cancelling the event was not an option, so the team pivoted Cashbah 20/20 to #Cashbah2020 and took the event virtual with smashing success.

We wanted to make sure we were telling a story and not just saying ‘bid on these items.’ That’s really where the testimonials and livestreaming came in. We used the OneCause text message feature to promote them throughout the night. We wanted to incorporate as many aspects of an in-person event as possible because I think people are really craving that connection right now.

What Made This Event Unique? 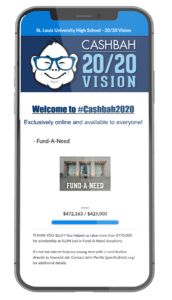 In order to bring the event to life and incorporate as many aspects of an in-person event into their virtual event, the team gathered video testimonials from students, and had the school president and emcee on Facebook Live to add a personal, authentic touch.

The team also reached out to major donors to secure a few donations before the event started to get things rolling for the Fund-A-Need portion of their program. While their Fund-A-Need typically has a goal of $300,000, the team raised it to $425,000 and saw a major success, raising more than $470,000.

St. Louis University High School knew one thing was certain, they needed to bring the right virtual fundraising strategies to make their online event a success. These included:

When it comes to virtual fundraising, SLUH learned a lot from taking #Cashbah2020 virtual, and they want to share it with other #FearlessFundraisers! The team shared these best practices and lessons learned: 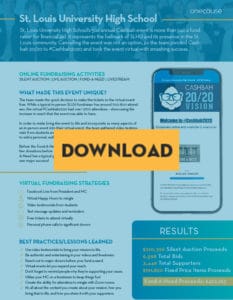 To learn more about St. Louis University High School and support their mission, visit their website.