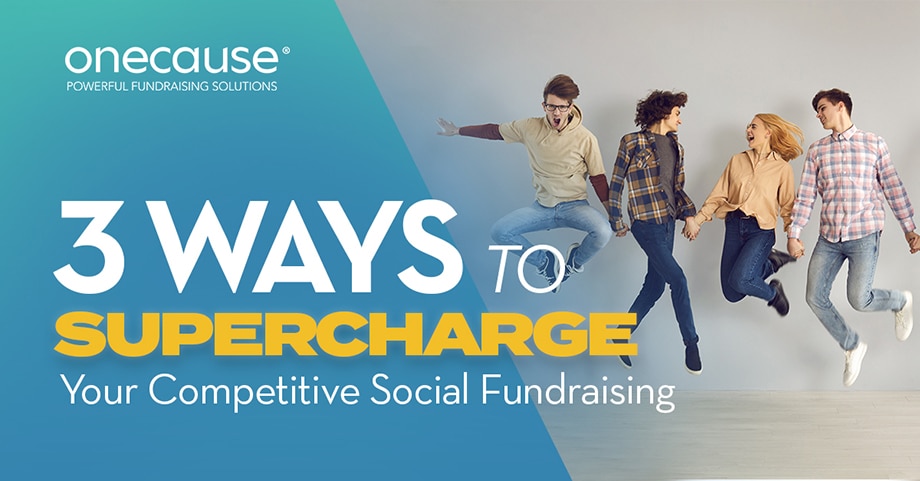 If your nonprofit fundraising team is looking to up the ante this year with your giving campaigns, it’s time to start thinking about competitive social fundraising.

Competitive social fundraising is a type of peer-to-peer fundraising that has individuals, teams, and/or groups compete to raise funds and awareness for your cause. These fundraisers provide a world of opportunity for you to create a community around your fundraising efforts by leveraging supporters’ social networks to drive donations.

When planning your competitive fundraising campaign, brainstorm ideas and potential software features that provide flexibility and organization. With donors’ needs and expectations constantly evolving, you’ll want to be able to create customizable campaigns that excite your supporters and increase your reach.

OneCause Peer-to-Peer software to the rescue! Here are a few of the built-in engagement features you can use to streamline your campaign and provide a unique supporter experience.

An important aspect of competitive social fundraisers is how your supporters organize themselves inside your campaign. In most cases, campaigns are organized around individual participants and teams.

OneCause Peer-to-Peer not only makes it easy to manage, create, and join teams, the software adds a layer of connection between participants through Affinity Groups. Affinity Groups link individuals and teams within the campaign that have shared commonalities, creating associations beyond just the supporters within a team. 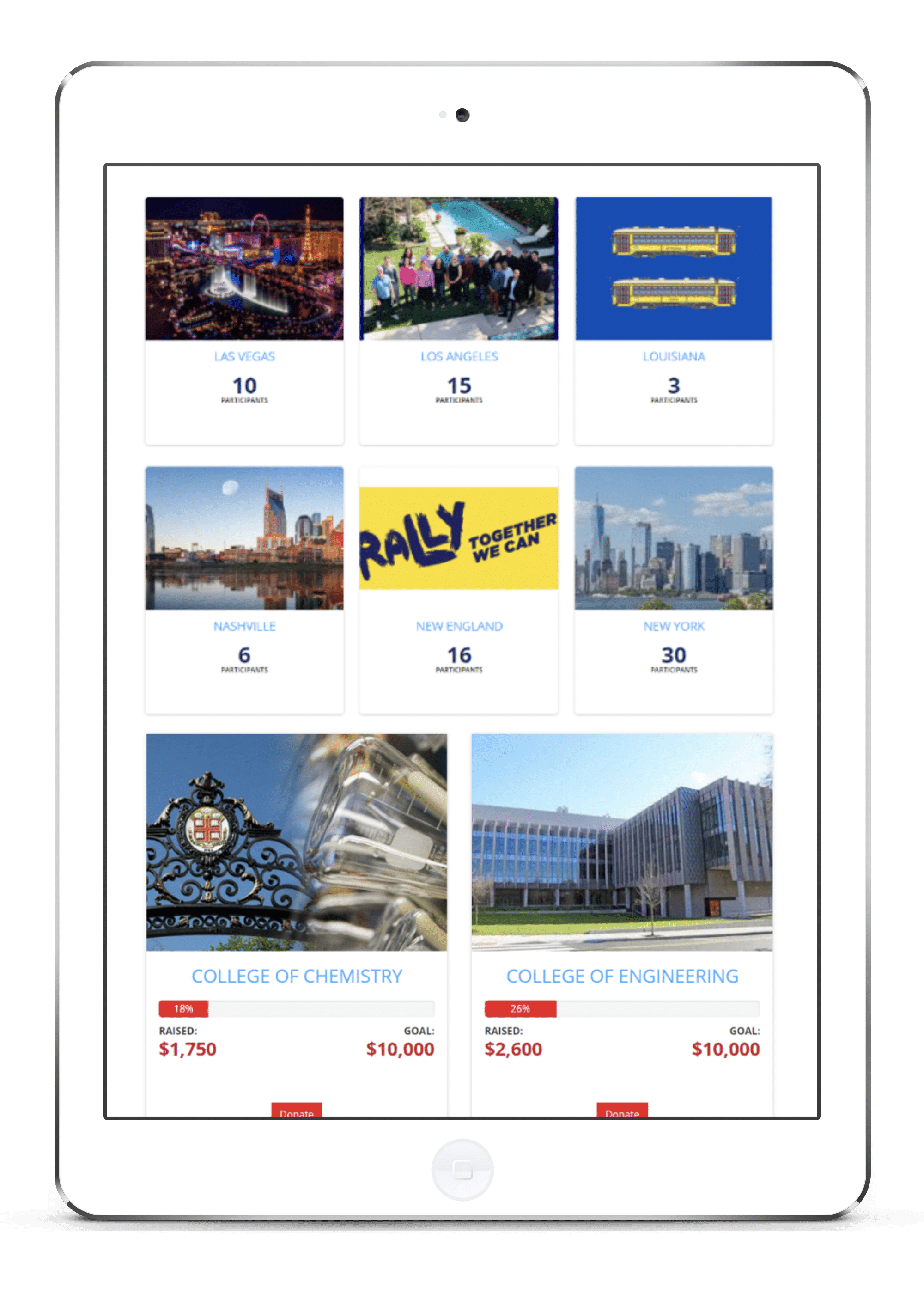 Groups are a flexible structure that increase participation, competition, and – most importantly – revenue. As you think about competition and social organizing, decide what types of Affinity Groups you might implement within your campaign to expand involvement and foster connections.

Here are a few top examples:

Because you are planning a virtual experience you’ll need a strategy to keep the connection to your cause strong. More engagement means more opportunities for supporters to feel tied to your mission.

These additional events can take any form such as:

Leverage these secondary events as part of your peer-to-peer campaign strategy to provide a flexible and optional experience for all.

Tap Into Activities and Personal Events

Activities and personal events create unique experiences that participants can get involved in outside of just donations.

Some of our favorite ideas include:

These activities help share the excitement around your campaign, increase engagement, and spread the word to others via social media! From hosting a yoga class or teaching a cooking lesson, these personal events empower participants to get creative and feel more connected with the campaign. 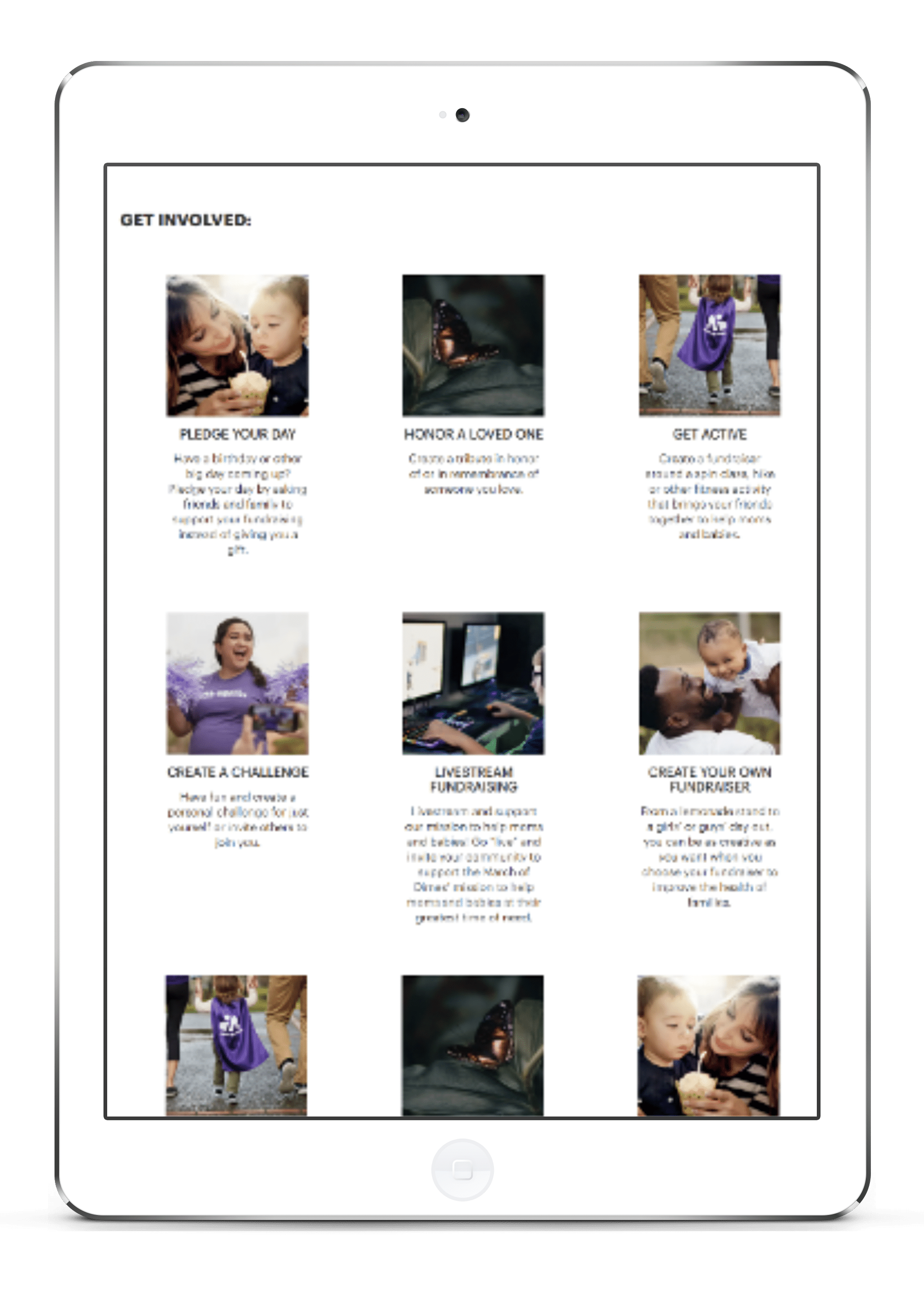 When participants accomplish these activities, your supporters have even more impactful experiences to share, which supercharges engagement and fundraising potential.

To drive fundraising, it’s important to celebrate the success of your participants. An easy way to display this recognition is through badges and milestones.

A few examples include:

Utilizing this feature in your next competitive social fundraiser will help your participants feel recognized and appreciated, therefore enhancing your engagement strategy.

3. Drive Proceeds for Your Cause

With a better understanding of how to creatively structure your campaign and engage with participants, you can now focus on how to leverage unique tactics for driving proceeds and fueling your mission.

Like the name suggests, competition is a big driver in the success of competitive social fundraisers. Competition encourages participants to work harder in their fundraising efforts, while increasing the impact of your campaign. Here are fundraising technology tools that drive this sense of competition.

Now that you better understand the concept of competitive social fundraising, let’s see these concepts in action. The Indy Tech Gives campaign is a great example. Let’s check it out!

Indy Tech Gives is a fundraising campaign that was created by OneCause in 2019 to empower other technology companies to raise money for the Indianapolis community while using the OneCause Peer-to-Peer software.

With many different companies participating, it was important that the structure of the campaign was adaptable. The ability to connect all of the businesses through the campaign highlighted the importance of Affinity Groups.

This sense of community and dependence empowered participants to go above and beyond in their fundraising efforts for their nonprofit!

Now that hundreds of employees were registered, the Indy Tech Gives team needed an engaging strategy to keep supporters locked in and fundraising.

Personal events played a huge role. They empowered participants to engage their supporters in ways that are personally meaningful to them.

Some events that participants hosted over the six week long campaign included line dancing lessons, a virtual bake sale, and a yoga class. Each of these personal events helped excite participants and supporters to raise money for the cause by creating giving experiences that were personal, fun, and unique.

Beyond engaging participants through a flexible campaign, a successful competitive social fundraiser needs to equip their supporters with the power of fundraising. The Indy Tech Gives team implemented powerful fundraising through drawings and campaign leaderboards.

To prevent the lull in fundraising efforts towards the middle of the 6-week campaign, Indy Tech Gives created drawings to incentivizes participants to keep on fundraising over the entire campaign.

Besides drawings, the Indy Tech Gives team utilized different leaderboard structures to motivate the fundraising efforts of their supporters. Not only were participants able to see their standings among other individual fundraisers, but also the impact of their social media promotion and collective company ranking.

Indy Tech Gives highlighted the importance of celebrating other efforts in the fundraising process, like social shares, to keep those who might struggle to raise funds to still promote the campaign.

These efforts utilizing these three strategies resulted in great success. Here are the outstanding results:

Impactful and successful peer-to-peer campaigns are created when participants have a flexible, engaging, and unique fundraising experience. Through utilizing principles of competitive social fundraising and tools within the OneCause Peer-to-Peer Software, your nonprofit can see success and elevate your next peer-to-peer giving experience, like the success of the Indy Tech Gives campaign!