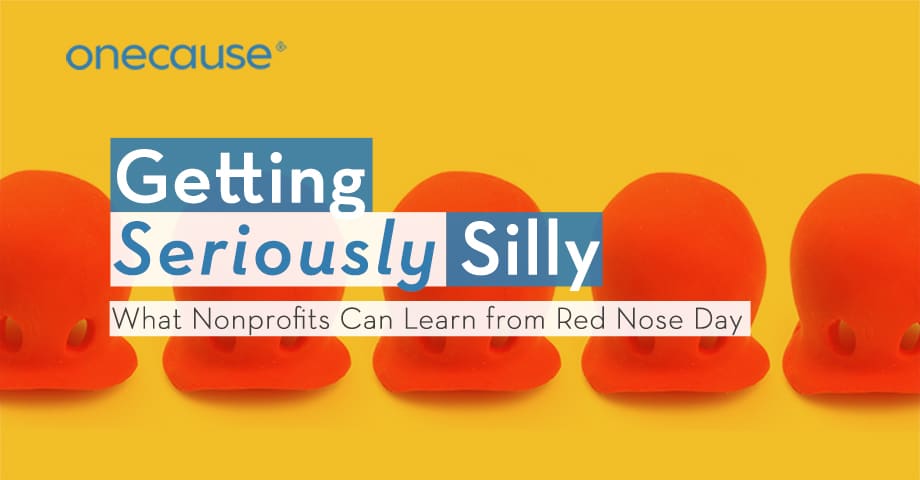 Getting Seriously Silly – What Nonprofits Can Learn from Red Nose Day

Spreading awareness is at the core of every nonprofit.

Some focus on local efforts. For others, driving awareness on a global scale is the end goal. Whether you are focused in your community or on the world, Awareness Days can be unique catalysts for your cause.

Comic Relief, a UK-based nonprofit with the goal of ending childhood poverty around the globe, started Red Nose Day as an awareness campaign to raise funds and awareness for this campaign.

Red Nose Day has raised nearly $150 million since launching in the U.S. in 2015. Over the last twenty years, millions of people around the world have donned symbolic red clown noses to participate in Red Nose Day.

There’s no denying that Red Nose Day is one of the most successful awareness days on the planet. Thanks to a combination of incredible branding, high-profile celebrity sponsors and donors, and well-planned campaign events, the campaign has raised millions of dollars for Comic Relief.

So how does Red Nose Day work so well? And how can your nonprofit learn from its success? We’ll dive into the successes of the campaign, including:

Everything about the Comic Relief and Red Nose Day cause is dedicated to taking a serious, emotional topic and making it easily consumable and understandable.

The secret is how well these messages resonate with a global audience. All it takes for a person to become involved with the awareness campaign is to wear a red nose during the day, and to donate online. This is a simple way of involving everyday people in the cause.

Many times, people think that global charity organizations are hard to become involved in because they can seem intimidating. Red Nose Day is an example of a highly approachable campaign that should be emulated by other nonprofit teams looking to scale and grow their awareness campaigns.

An exciting website that captures supporters’ attention is key to launching an effective Awareness Day. As you’re building out your own awareness campaign site, look at how Red Nose Day structured its content. Here’s a few of their best practices that your nonprofit can leverage too:

The Sponsor and Partner Program is Incredibly Strong

The Red Nose Day campaign leverages an incredible sponsor and partnership program. With a slew of celebrity endorsements and corporate partnerships, the campaign has been able to grow at a fast pace even outside the UK.

While your organization might not be at the ‘celebrity endorsement’ level, you can leverage corporate partnerships and local personalities to move your awareness campaign forward. Send out personal messages to any individuals and companies in your area that might have personal ties or connections to your organization, and slowly build your partnership program up from there.

Interested in more Awareness Day material? Check out our other resources to help you create your next campaign!