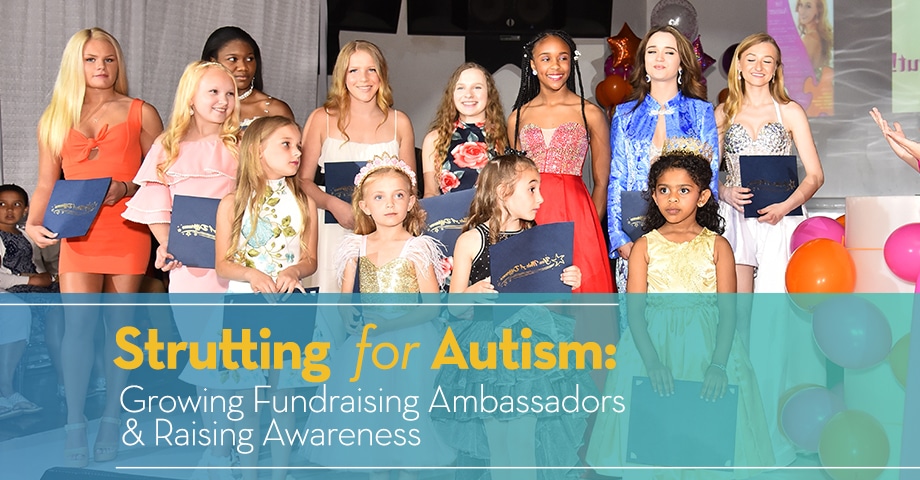 It’s not every day you hear of a profitable, successful nonprofit organization that was started by two teenagers, but the Morgan, Marie, Michael Foundation is a unique story. Founded by Alyssa Lego and Amanda Witkowski in 2016 when they were just 13 and 18 years old, the Morgan, Marie, Michael Foundation is a community-driven organization dedicated to raising funds and awareness for those on autism spectrum. Both Alyssa and Amanda became involved with the autism community at a young age.

My husband and I are also raising a son with special needs (Alyssa’s brother), and she was very involved with our programs and activities since a young age. She would join in activities that we could do as a family, which really opened her up to service and philanthropy,”said Dawn Lego, mother of co-founder Alyssa Lego. 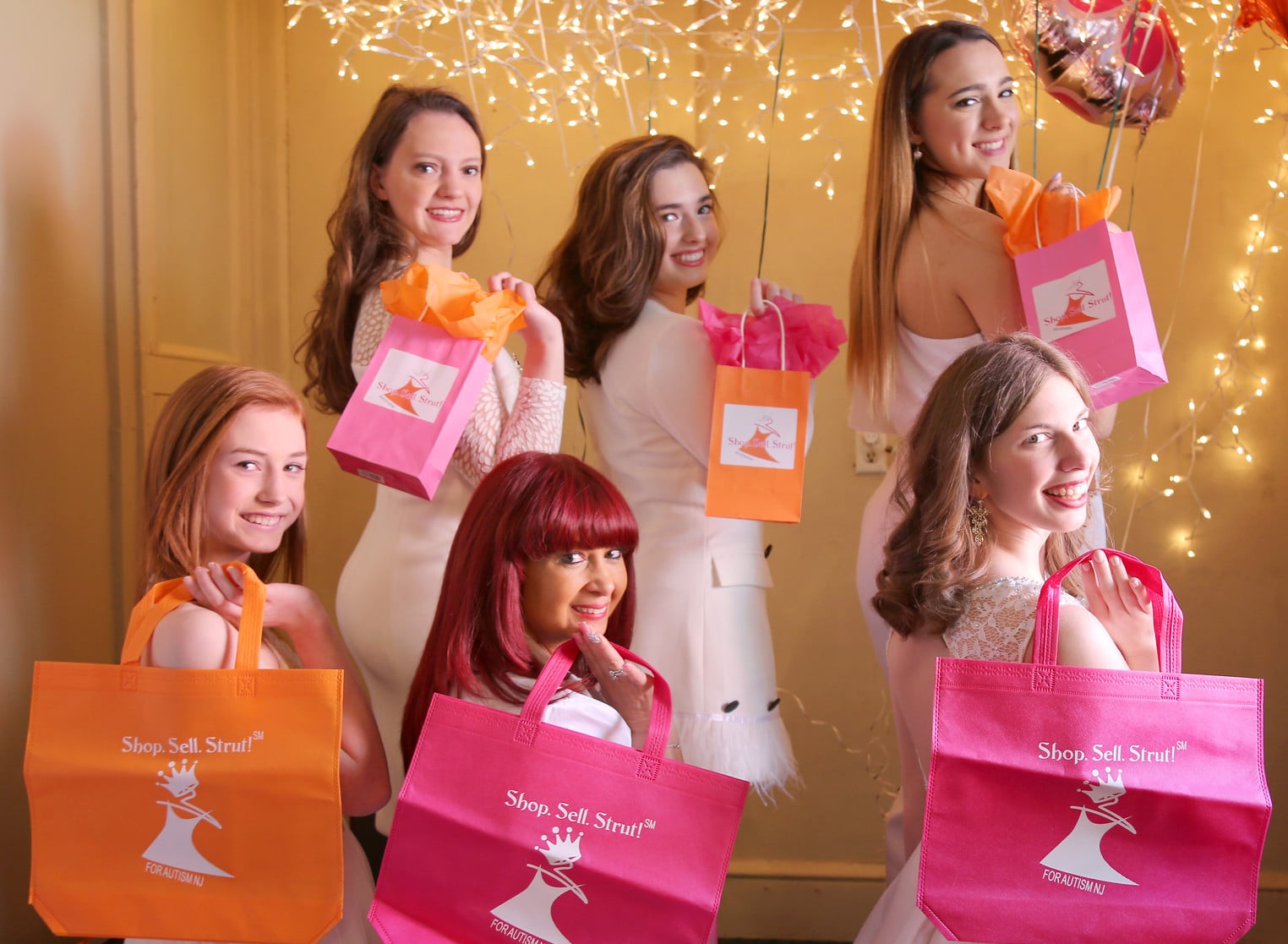 When she was 12 years old, Alyssa made a speech at the Special Olympics of New Jersey that introduced her to a larger charitable audience and turned Alyssa on to the possibility of making a long-term impact on the wider cause. Alyssa began visiting school programs and speaking to students about autism acceptance and awareness among children her age. This is how she met Amanda Witkowski, the other founder of the Morgan, Marie, Michael Foundation.

Growing up as a competitive figure skater, Amanda was introduced to the autism spectrum from a volunteer perspective, which made her interested in how she could help impact children and families dealing with autism.

Amanda started an ‘Autism Skates’ event with her skating club in 2014, where she became engaged with the autism community,” said Maria Witkowski, mother of founder Amanda. “When she hosted the second event in 2016, Alyssa and her brother were participants and it was the beginning of a beautiful partnership.”

According to their mothers, all it took was one meeting between the two to get the wheels turning about a large-scale charitable organization and fundraising event.

Watching Alyssa and Amanda together is amazing,” says Dawn. “They have their own ‘twin’ language’ where they can speak without actually speaking and even know what each other is thinking. They were truly destined to be a partnership. Our families live 80 miles away from each other and yet, all it took was one conversation to build a connection.”

Flash forward, 4 years, and the girls are 16 and 21 have created a charitable brand engaging donors of all ages. Despite the fact that Amanda is in college studying for her MCATs and Alyssa is finishing up high school, the two have built the Morgan, Marie, Michael foundation into a charitable force.

Their main event, Shop Sell Strut! was borne of the idea to encourage attendees to buy and sell clothes they no longer needed and raise money for autism awareness along the way. They both grew up involved in pageantry, and this fundraising blossomed out of this pageant culture. However, it quickly became so much more. A fashion extravaganza so to speak. Today, the “I strut for autism” brand has become an international phenomenon.

As with any nonprofit, the biggest goal of the Morgan, Marie, Michael foundation is impact. Unfortunately, it is hard to make an impact when you’re just starting out, especially if you’re a grassroots organization with no corporate sponsors or financial backers. In order to be taken seriously as a charitable force, Amanda, Alyssa, and their team needed a way to meet their lofty financial goals.

After the first Shop Sell Strut! event, the team realized how much work went into planning and hosting a philanthropy event. Manual, inefficient processes made the management of the event overwhelming and lacking a professional polish.

So the team decided to find a fundraising software to help get them to the next level both financially and as a charitable brand.

The Morgan, Marie, Michael team invested in the OneCause mobile fundraising solution. They knew that investing in a solution was the only way to scale (or “go big” as they say) and make a long-term impact. OneCause was a game-changer the organization needed to take their fundraising to the next level.

Today, the team leverages OneCause for:

Event management: Dealing with manual logistics, ticketing, and billing is something that the team had no previous experience with before Shop Sell Strut!. OneCause gives them the ability to do more with a lean team. Because the founders are still in school, every hour is precious time. OneCause enables the team to work from a single platform without worrying about anything falling through the cracks.

Ambassador fundraising: One of the most profound additions to the team has been Ambassador Fundraising. Using OneCause mobile bidding, combined with social fundraising, they are able to turn their most loyal supporters and friends into an army of active fundraisers.

For the annual #strutforautism fundraiser, they mobilize teen ambassadors and others connected to the cause. These supporters create individual fundraising pages and use the built in social media functionality to spread the word, activate their contacts and raise funds from a much wider social network. Each site is branded with the #strutforaustism look and feel, and ambassadors personalize their pages with impact statements and personal stories of their connection to the cause and autism.

This year, they’ve double their ambassadors and have 36 active individuals fundraising, creating daily impact and inspiring a new generation of giving! Add to that 4 family pages and teams, where families can join together to collectively raise funds. OneCause has allowed the team to engage with people from all over, who care and connect with the cause on a personal level.

Launching the Ambassador program has been a true game-changer for the brand by giving them the tools to recruit supporters, leverage new social networks, and expand their reach beyond their wildest dreams.

Today, we live and grow in OneCause,” said Dawn. “Although we started out just using the mobile bidding technology, as the features and functionality of the platform grow so too can we. Ambassador Fundraising has allowed us to grow our reach and activate a new generation of supporters through active social media engagement.”

A 500% increase in Ambassador fundraising

Autism awareness is a natural fit for Ambassador fundraising because most people are associated with or know someone with autism. In 2018 the event had 15 ambassadors with a 2019 goal of 30 Ambassadors. The team currently has 39 ambassadors

and are exceeding every goal with OneCause. As of April 2019, the Shop Sell Strut! event team has seen a 500% increase in Ambassador-led donations alone.

Looking forward, the Morgan, Marie, Michael Foundation team hopes to continue to evolve in the peer-to-peer space, initiate new programs, and expand the “I strut for autism” brand into walks and runs. Amanda and Alyssa have also launched their own magazine, Strut! Magazine, which talks about philanthropy and charitable involvement on a broader scope and is working to expand the brand.

OneCause has been a true game-changer for the organization,” said Dawn. “It creates a social sharing network, creates easy to use mobile giving, and builds a culture of donor engagement that is so powerful and so unique. I truly don’t think we could have been as successful without OneCause.”

The Morgan Marie Michael Foundation is located in New Jersey. If you would like to learn more about the cause or make a donation please visit their Ambassador Fundraising site.