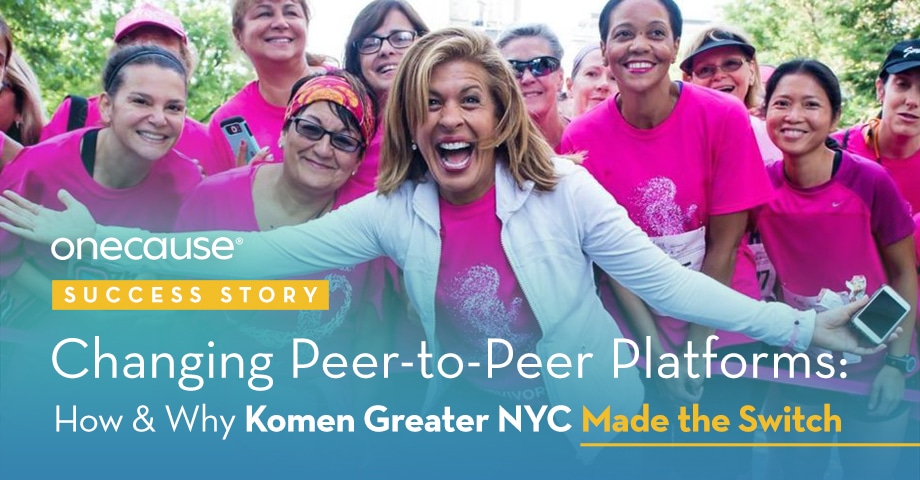 Changing Peer-to-Peer Platforms: How & Why Komen Greater NYC Made the Switch

Recently Kelly Velasquez-Hague, VP of Content Marketing, sat down with Glen Peck, Senior Director of Digital Communications of Komen Greater NYC to talk about shifting peer-to-peer trends, changing platforms, and what today’s fundraisers expect when it comes to giving.

Kelly: Tell me about your Komen Race for the Cure event and what it means for your fundraising.

The Greater NYC Race is held in Central Park and raises about $2.5M in annual revenue. 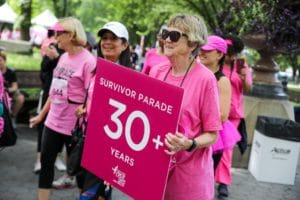 Flat isn’t really the bar we want. We talk a lot about what we can do to not just hold the line but raise more. For me, that’s why the supporter experience is so important. We’ve managed to keep the fundraising steady, but it’s the same trend that everyone is seeing across the board.

We’ve been in that boat for about 3-4 years running now.

Kelly: Why do you think that peer-to-peer fundraising is flat?

Glen: The participants are changing. As millennials are becoming a larger part of the donor market, they are looking for locally impactful giving and new ways to get involved. That means they overlook the affiliate models sometimes, and I think that is a challenge for us. 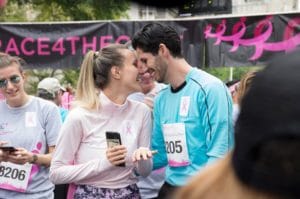 5K Run/Walks are kind of old and tired. That’s the same challenge for many nonprofits, the circle of legacy events and how to inject excitement into them.

It makes it hard when we have this long-standing event and, at the same time, we are trying to be responsive to micro-changes in the donor market.

So, for us – it’s how do we stand out? How do we compete against the Spartan runs and the Color Runs? You know those events that are cool, exciting and new.

Kelly: Still, you’re raising amazing amounts… What have you learned about peer-to-peer supporters?

Glen: Believe it or not, supporters are hard to sell on technology. Because it’s not often easy or intuitive. The platform we were on before was standing in the way of bringing new people in.

At Komen NYC, we knew the market was changing – new donors and younger audiences needed to get introduced to us, so we could grow.

That’s what got us looking at newer products that provided a different experience.

That was one thing that OneCause was really good at offering up, compared to others. It looked completely different and you couldn’t mistake that you were on something new – a new kind of software, and a completely new participant experience.

Kelly: What do you think today’s supporters are expecting? 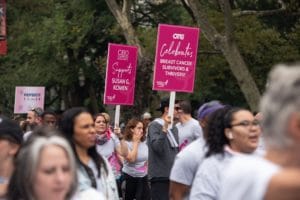 Kelly: That concept of meeting donors where they are and instant gratification – it’s something we talk about all the time at OneCause. Today’s supporters want the same experiences that they have as consumers. That means they want to give right then, from anywhere, and do it on their phones.

Glen: Yes! Using OneCause, was just a much more literal interpretation of meeting donors right where they are than we thought.

We were surprised by the practical impact of an easy mobile experience. So yes, we met them literally where they were – the Starbucks line, subway… that was interesting and unique.

Kelly: Is there anything about OneCause that was different? 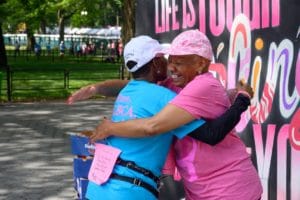 Glen: Everything was different.

We used the sub-events feature a lot. We even used them for some custom registration flows. In the past we used additional participant types, which was a clunky experience for everyone who wasn’t associated with them (which was the majority of registrants).

Also, because OneCause is so flexible, we were able to put in a chat feature for our supporters. So, when people were registering or doing anything, they could immediately get help right then. I knew our supporters were taken care of.

That definitely would not have been able to operate in our old environment.

Kelly: So now you are not just meeting people where they are, but helping them anytime, anywhere. How do you think that changes the supporter experience?

Glen: We found that people’s questions popped up in the evenings or the early mornings. That was really helpful to the know the time and have a chat function in place to be ready to help.

Rather than calling us, maybe getting passed along through voicemail and then leaving a message and having to wait to hear back, they got immediate support. 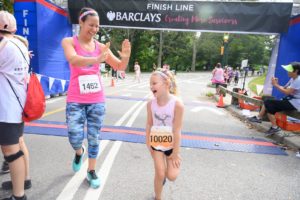 Overall, we estimate race support call volume and email support was down as much as 90%. We weren’t twiddling our thumbs [laughing], but we did not have stacks of things waiting for us. And in the past, that’s definitely what it was – stacks of requests.

Before OneCause, the last two Mondays before race day were an all-day affair to catch up on the weekend. We didn’t have that problem this year.

Kelly: What were you able to focus on or do that you didn’t have time for before?

Glen: OneCause allowed us to focus on other tasks related to the event. And we all were quite a bit more sane. 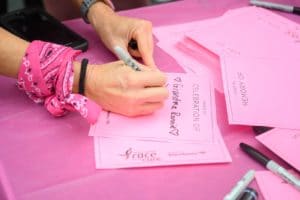 The platform (OneCause) itself was very intuitive. People could get in and do the things they needed to do and very rarely needed to reach out. But if they did, we had the chat available.

Personally, for the last 5 years, Tuesday, Wednesday, Thursday, and Friday before the race were 16-17 hours days for me. For years I didn’t sleep from Saturday morning until Sunday evening – collapsing into bed as soon as I could get there at the close of our Race!

This year I did not have that problem. It saved me, just in that last week, 20 hours at least. And, afforded me hours of sleep the night before our event!

Kelly: Were you able to dramatically simplify that walk-up registration on the day of the race?

Glen: One of the big tasks in the very last week before Race is to come up with an event day check in process. While don’t use a formal check-in, we do have event day registrations. This year, rather than designing a dedicated experience, we were able to simply sign participants up using the OneCause P2P tool, through the back-end. No herculean effort – upfront or at the event itself!

Yeah, radically simplified. And, this put the new registration data directly in the system as opposed to manipulating externally collected data and integrating it with pre-event registration data.

Kelly: That’s a radical mind shift. A lot of groups expect a level of customization. How was that change for you? 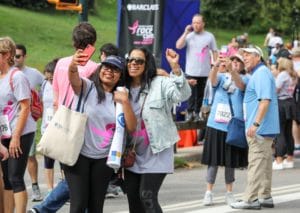 Glen: I love it. I’ve been promoting that to everyone I’ve talked to since. In the 90’s we would’ve called it a paradigm shift – to go with something that’s a dedicated peer-to-peer tool and not an all-in-one system – more of a best of breed approach.

That is going to be more and more important for nonprofits large and small …to go back to a world of best in breed, rather than the kind of jack of all trade mentality. It’s how we operate in the real world.

We know Amazon is king of retail, so we go to Amazon to buy. We know Google is queen of information, so we go to Google for search. That kind of a mindset is important for organizations to embrace going forward.

Kelly: Thank you Glen for your time and sharing your ideas, experiences, and best practices on peer-to-peer software and Komen Greater NYC.

Glen Peck has more than two decades of strategic and technical experience working with Peer-to-Peer technologies to deliver success in government, secondary education, and non-profit sectors. As the Senior Director of Digital Communications for the Greater NYC affiliate of Susan G Komen, he oversees all aspects of the organization’s digital footprint, social media, and email campaigns – from strategy to execution.

Kelly Velasquez-Hague brings over 20 years of fundraising, nonprofit management, and sales/marketing experience to her role as the VP of Content Marketing for OneCause. As a member of the OneCause team, Kelly manages all of the company’s content strategy and execution. She is passionate about empowering great missions and loves that her current role allows her to continue to help nonprofits reach new donors and raise more funds for their cause.

Not done? Keep Learning with OneCause!