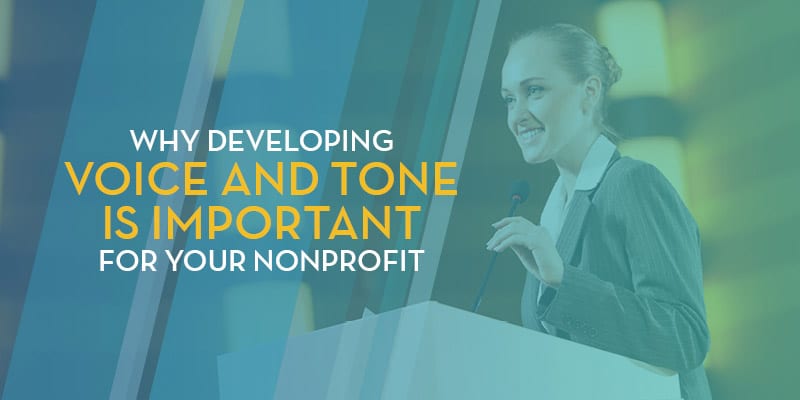 Why Developing Voice and Tone Is Important for Your Nonprofit

A strong voice and tone are key to sustaining a nonprofit’s brand image and setting it apart from the others. Your nonprofit’s persona is defined by the way you communicate, whether it’s a call for support or a promotional post on social media. When you’re consistent in all aspects of communication across different media, a supporter can skim through any piece of content and associate it with your cause.

That is the power of possessing a strong voice and tone: an immediate signifier of your nonprofit and its brand which makes readers go ‘This is definitely from organization XYZ.’

What’s the difference between voice and tone?

Your voice alludes to what things you say, while your tone is all about how you say it. Think of your nonprofit’s voice as your one true and unique personality; if you come across as authentic, it’s because you have a strong voice as a brand.

Your tone is the manner in which you portray or communicate your messages. You can evoke emotional responses like warmth or urgency through it. Your tone can change according to your message, but your voice should always be consistent.

In this article, let’s go in-depth into why developing voice and tone is important for your nonprofit.

It gives you a sense of uniqueness

Think of identical twins. While many of them dress and act similarly, many prefer to be distinct from their “identical-half”. And that makes complete sense: not a lot of people would like to be mistaken for or confused with someone else.

The same goes for your nonprofit. In a sea of nonprofits for every possible cause, distinguishing yourself is extremely important…just like a twin who wants to be different from their sibling. When people read about your nonprofit online or come across a video of yours, do you want them to think of you as ‘just another nonprofit’ or as ‘someone different’?

You’d want the latter, obviously. And how do you achieve this? By developing a powerful voice accompanied by a tone which firmly matches your goals. When you come across as distinct because of the way you portray messages on different channels:

DoSomething.org does a great job of instilling curiosity while being relatable. They maintain consistency on all platforms with their logo and catchphrase ‘Let’s Do This!’ displayed prominently. Their language for posts is simple yet direct and the photos they display are cheerful, immediately giving off a friendly and welcoming vibe. By using memes and humorous videos, viewers automatically understand that the organization is catered towards millennials. 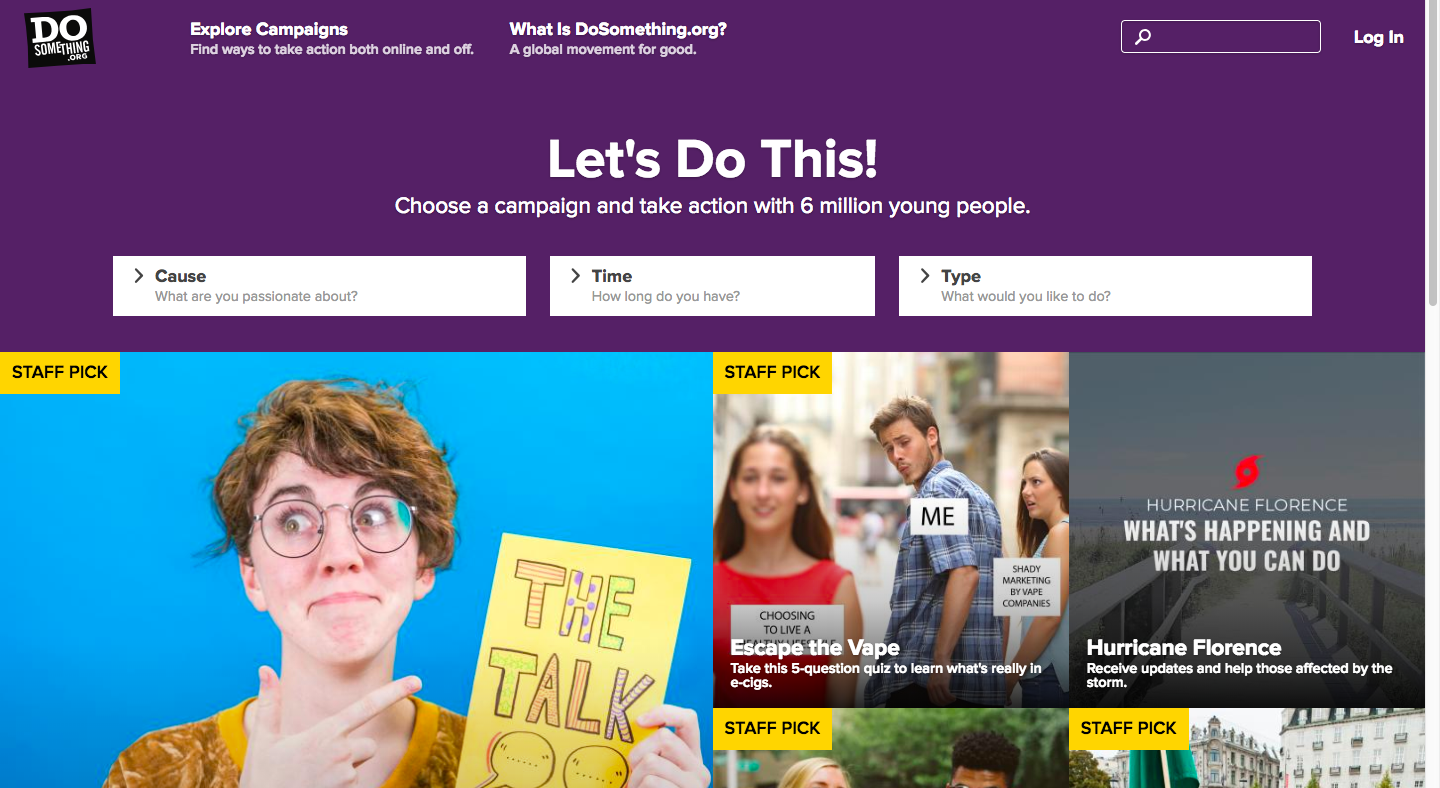 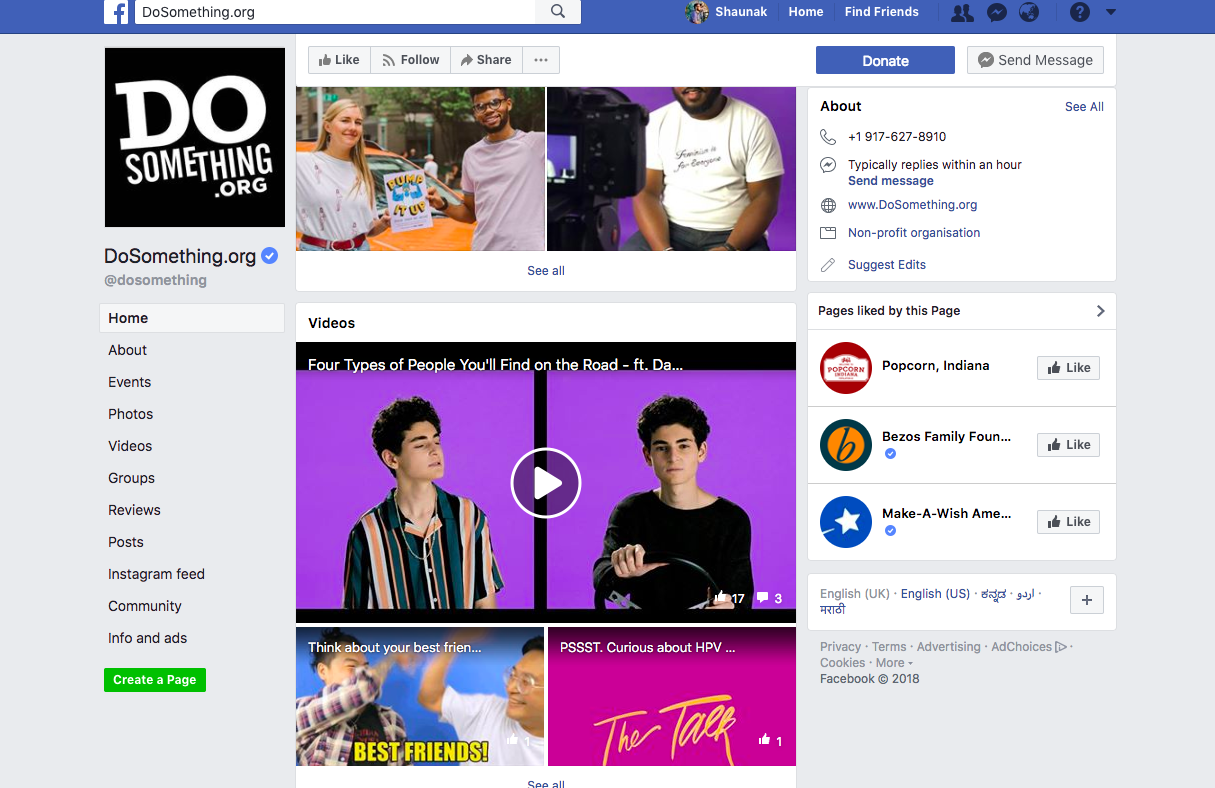 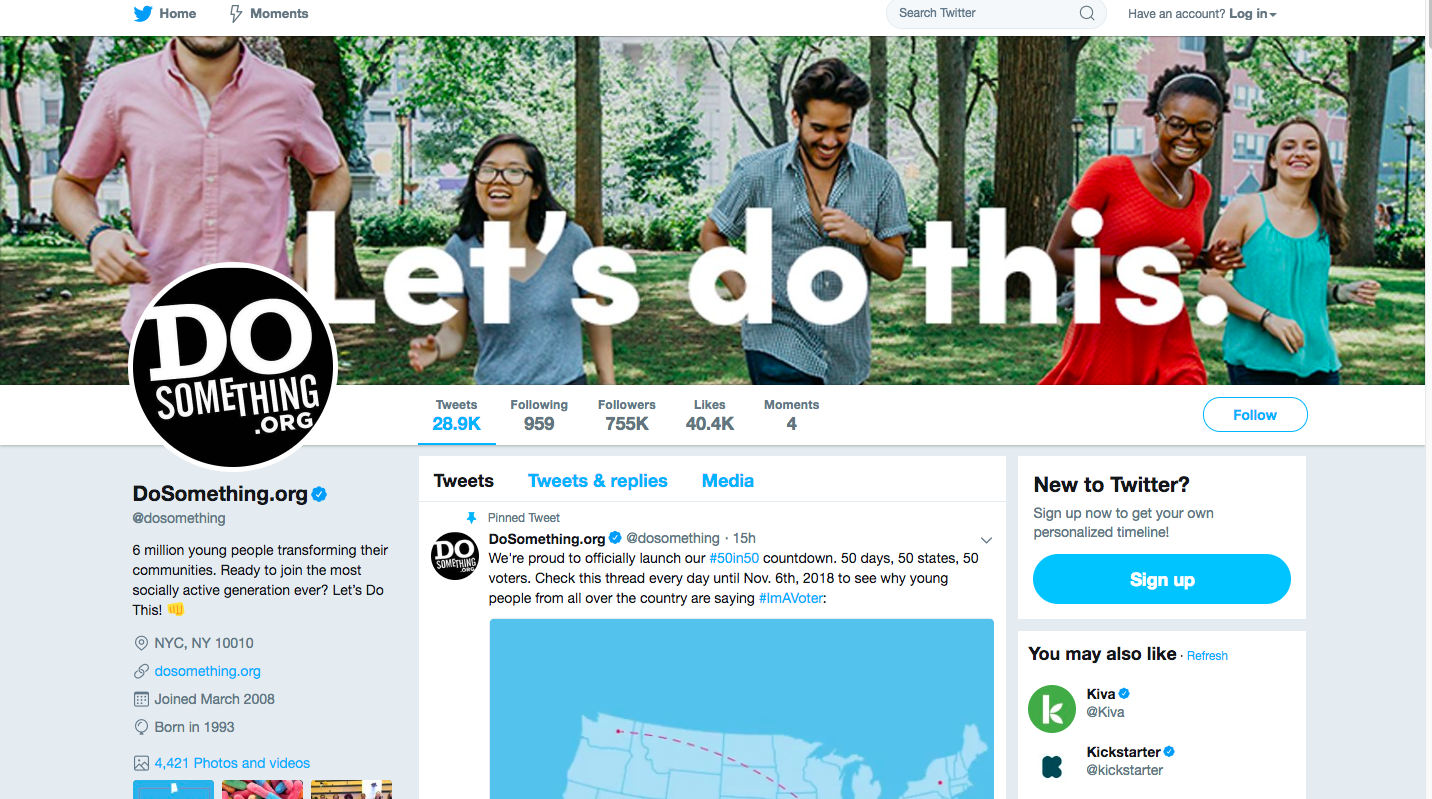 It builds a connection and relationship with your audience

Imagine an organization which phrases and designs its emails in one way, its social media posts in another, and its text messages in another manner, giving rise to three possible conclusions:

Without a strong and consistent voice, your target audience would assume a number of unsavory assumptions about your nonprofit, leading to a disconnect between you and your audience.

For nonprofits, establishing connections with supporters is a crucial step for activities such as volunteering. However, to do this, you need to appear trustworthy and authentic. Since your first touchpoint with your audience is through multiple channels, you should ensure that your voice and tone stand out to create a strong first impression. When you maintain consistency in voice and tone in further outreach, your audience starts understanding what to expect from you which establishes trust.

Besides, voice and tone are sharp indicators of how you are as a nonprofit, and what makes you “you”. For instance, if your posts are peppered with of humor, it is reasonable for people to think of your nonprofit as slightly relaxed with a fun atmosphere. When you become familiar, viewers start to think of you as more than an organization; you almost become like an internet friend to them.

Liberty in North Korea does an excellent job of staying consistent on different platforms. Notice how their distinctive logo along with the red color is featured everywhere, and while the cause they address is grave, the photos and text are of a hopeful nature which celebrates resilience. The recognizable format also gives supporters a sense of familiarity. 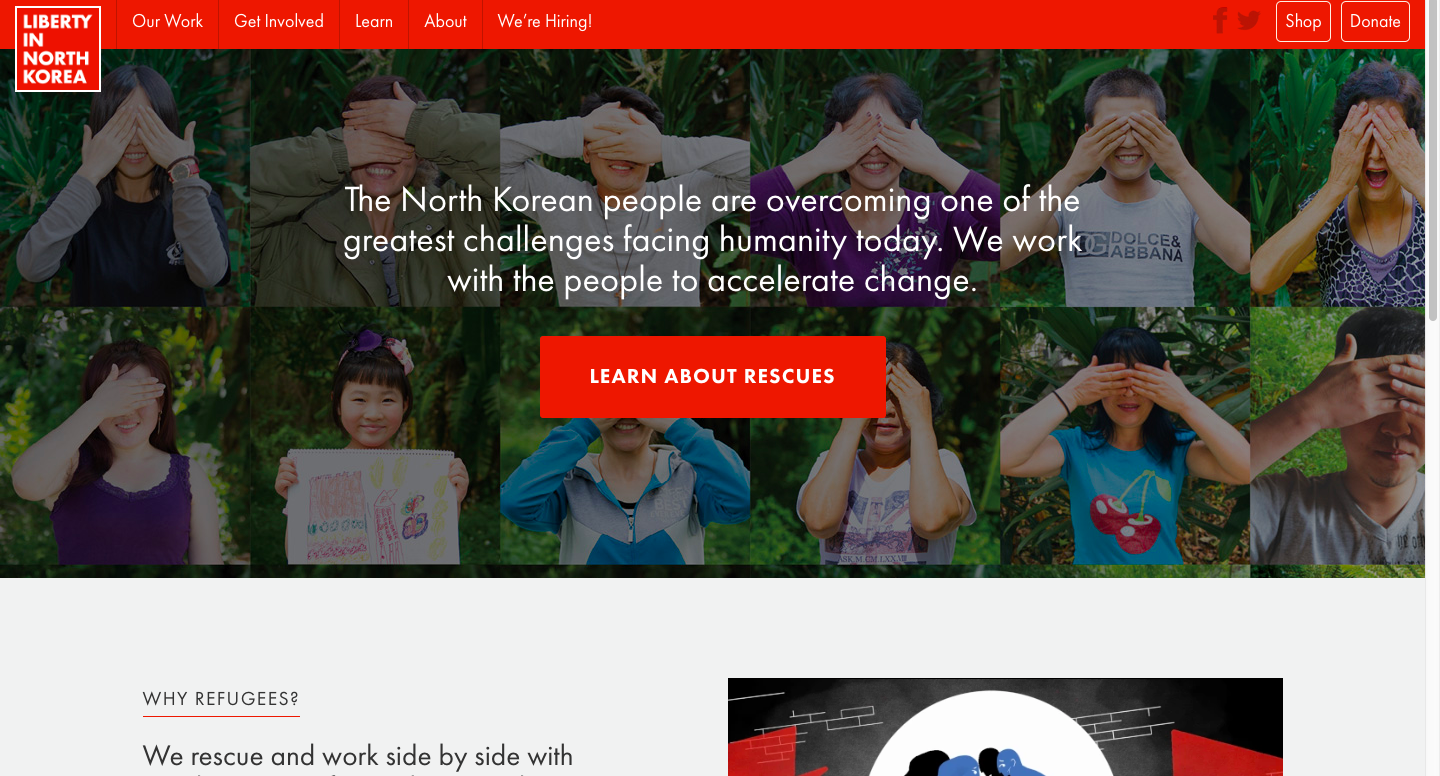 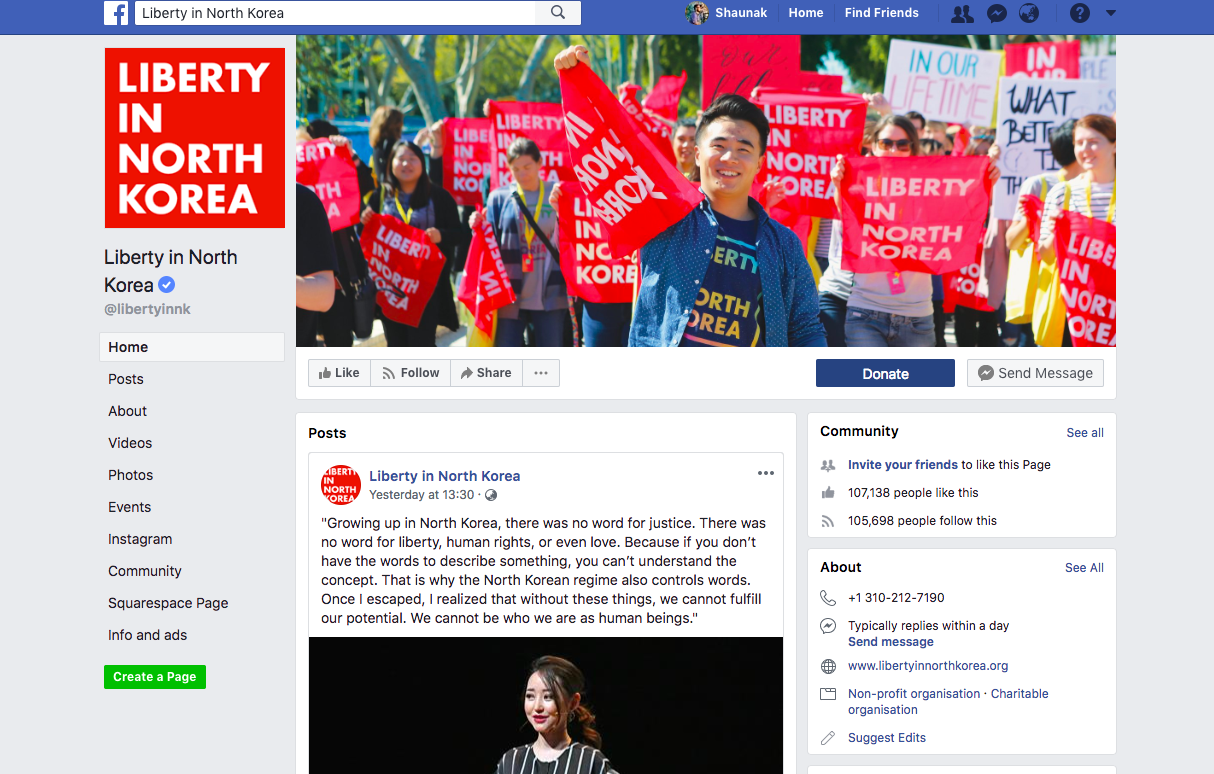 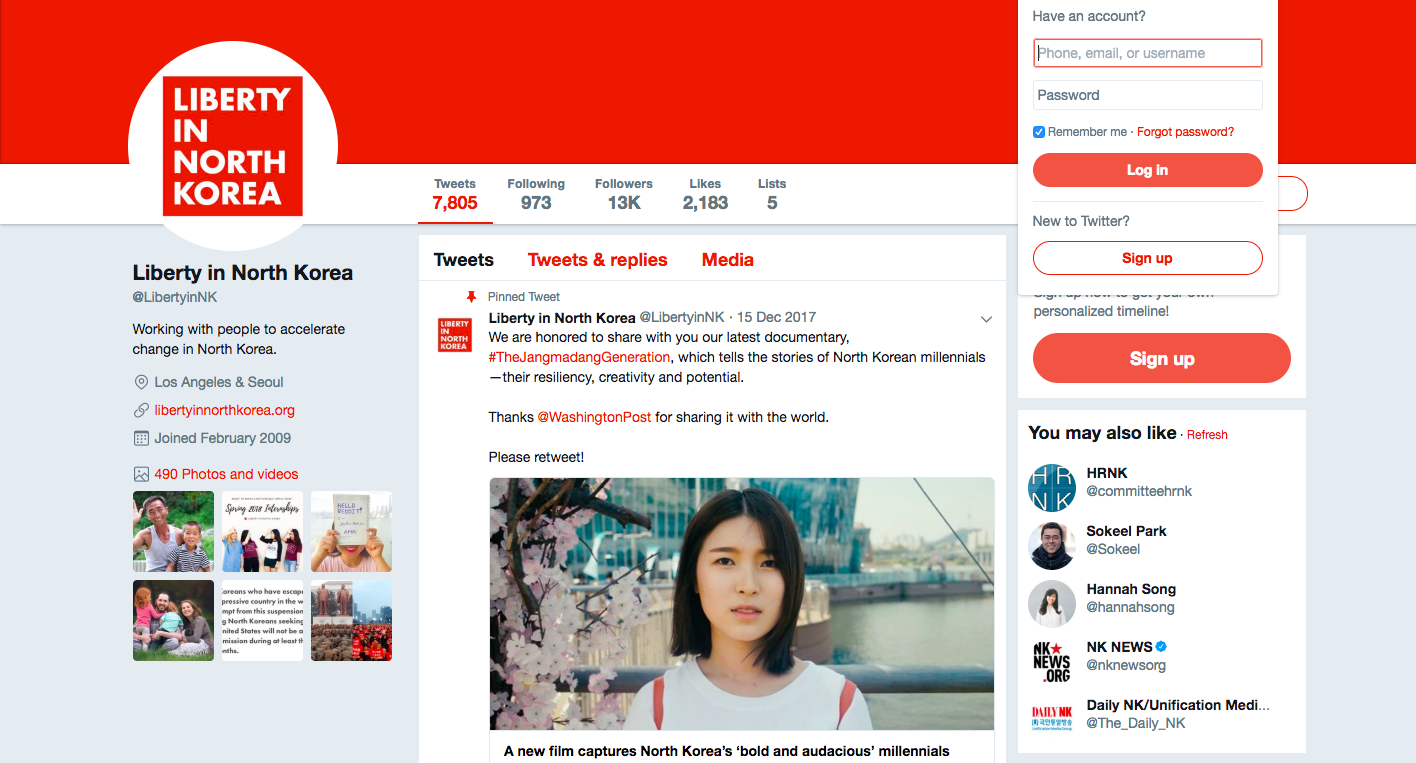 It can persuade people to act

Two girl scouts separately went to the same door to sell cookies. The first one said, “I’m here to sell cookies. How many do you want.” She was politely rejected. The second scout went to the door and said, “Hi, I’m Samantha from Girls Scouts and I’m here to sell these delicious chocolate-chip cookies. The proceedings from our cookie sales will be used to build a school in a village in Kenya. Would you like to buy some?” The woman at the door bought five cookie packets.

The second scout made the sale because of what she said and how she said it. She didn’t talk a whole lot more than the first scout but made her ask in a manner that compelled the woman to buy those cookies.

Your audience is an important asset that helps in your mission. Be it for recruiting volunteers or getting supporters to attend a rally, being convincing is only possible through the manner in which you make the ask. A unique voice can capture the audience’s attention, with the right tone (urgent, serious, or friendly) driving home the importance of your ask.

Whether it is a video or an infographic you put out, your voice and tone is the difference between a person merely going through the content and someone who engages with the cause, and converts by becoming a volunteer or donor.

UNICEF’s voice is one of seriousness while being direct about the cause and working towards solving it. The image of a child (or children) is featured everywhere, and the voice and tone used being slightly serious which certainly evokes an emotional response from viewers; effective in persuading people to contribute. 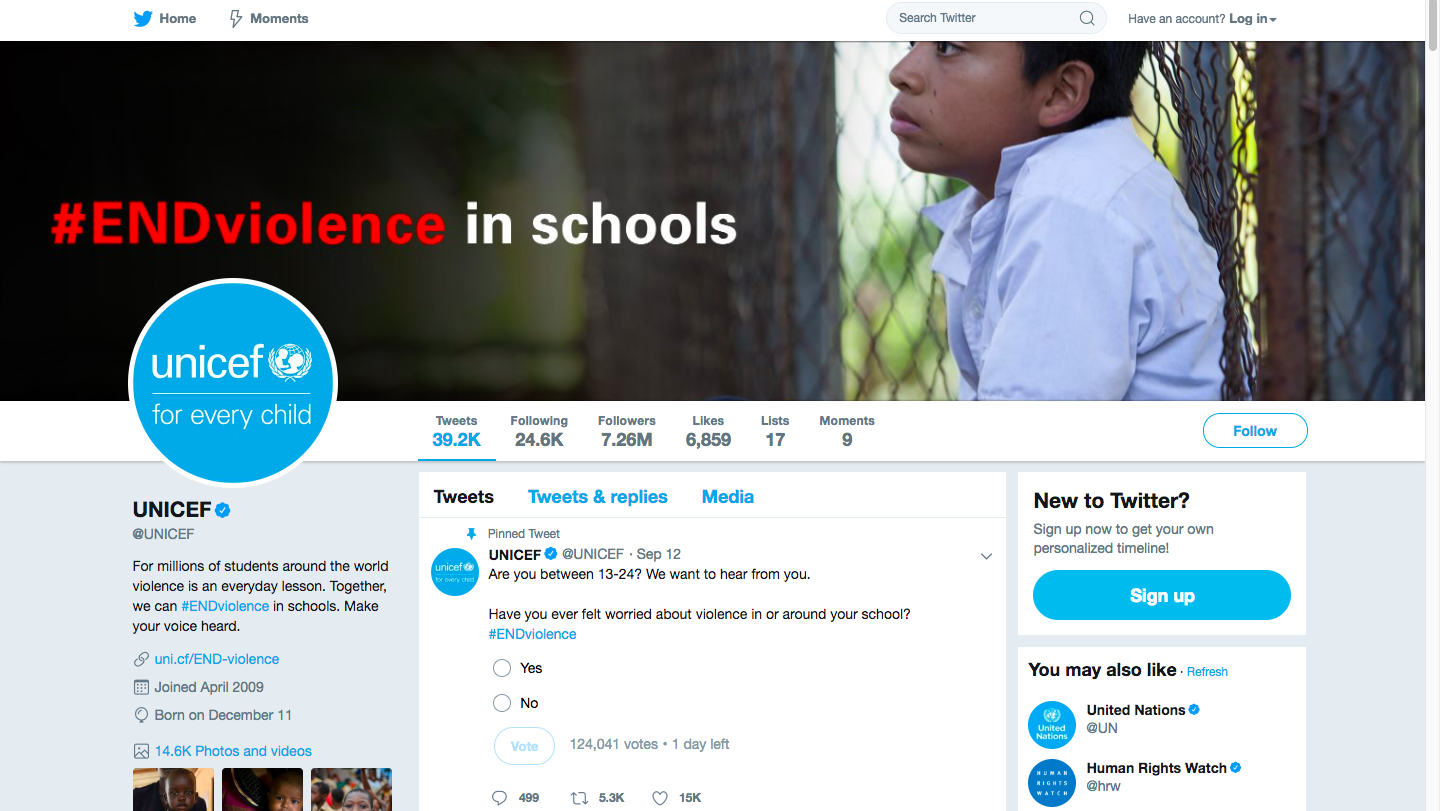 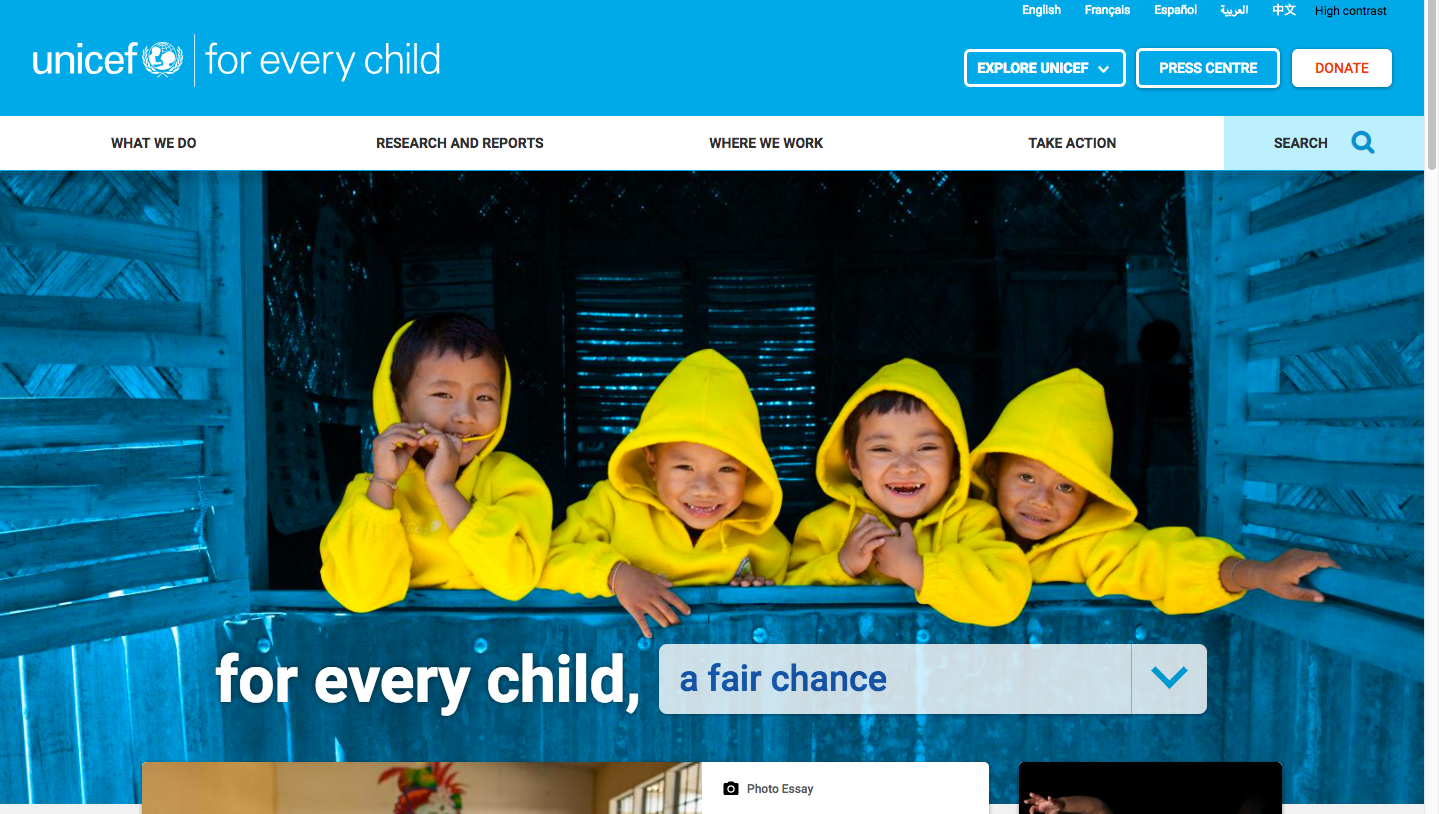 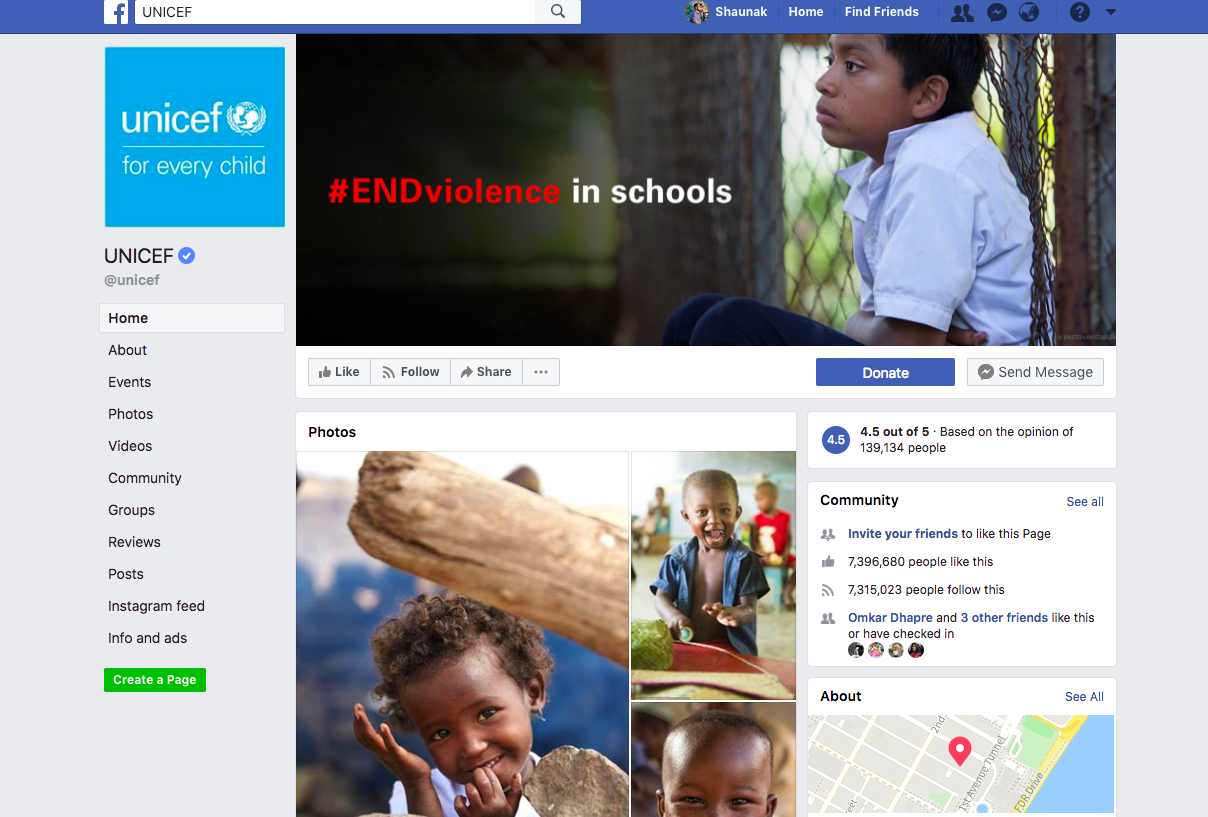 While developing a voice and tone for your nonprofit may seem like a hard task, it is certainly worth the effort. A strong voice and tone gets people to treat your nonprofit as a friend supporting a cause they’re passionate about, instead of being perceived as a lifeless entity asking for money or support every other week. 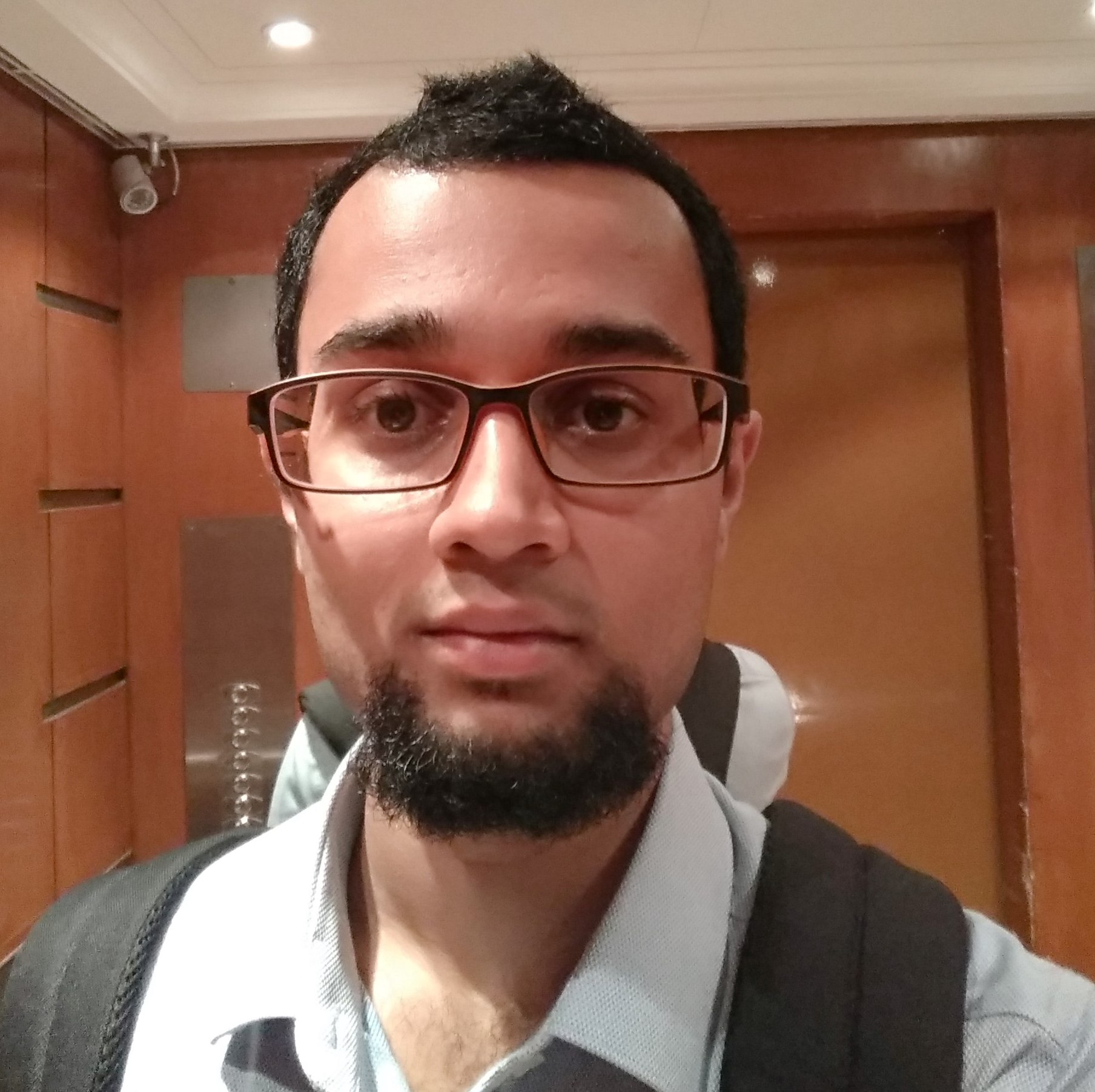 Shaunak Wanikar is part of the Marketing team at CallHub, a cloud telephony company which connects campaigns with their supporters through its voice and SMS software. He helps deliver compelling content which bridges knowledge gaps for nonprofit organizations, political campaigns, advocacy groups, and businesses An engineering graduate, Shaunak is passionate about seeing the world improve through the medium of technology. Movies, football, and books keep him sane.