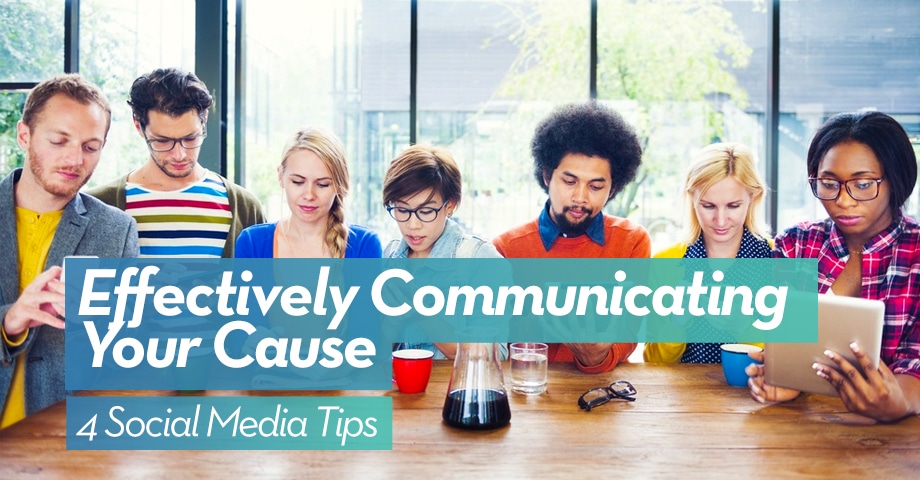 Effectively communicating your nonprofit’s cause is critical. It deepens your connection with your donors, improves overall collaboration and drives up donations.

Last month, OneCause and Social Driver hosted a webinar on the efficacy of social media communication, specifically for maximizing Giving Tuesday campaigns. #GivingTuesday is a global day, taking place this year on December 1, “to celebrate generosity and to give.” #GivingTuesday kicks off the fundraising season, just after consumer-centric Black Friday and Cyber Monday, to raise awareness about the importance of philanthropy during the holiday shopping season.

Our webinar focused on the importance of social engagement in the world of fundraising and how groups can use social media platforms to effectively connect to donors. Nonprofits’ Facebook and Twitter audiences have risen 42% and 37% respectively from 2013 to 2014 according to M+R Strategic Services. Whether through Facebook, Twitter, Instagram, or any other social media platform, nonprofits have easy and cost-effective tools to help them connect their missions and promote their programs to current and new donors.

Effectively communicating your cause via social media doesn’t need to be complicated and it doesn’t require a large team or a giant budget. In fact, social media access is completely free and it takes only a few minutes—actually, an average of 30 seconds—to post.

Any organization can incorporate social networking into its fundraising strategy for #GivingTuesday and beyond. Here are four best practices for leveraging social media to broadcast your mission.

Identify your target audience, their needs and passions, and determine which social media platform they are most likely to use.

Facebook is undoubtedly the most popular social platform today with more than 1 billion users worldwide who each spend an average of 18 minutes per day on the site! However, Twitter, Google+, Pinterest, Instagram, and LinkedIn all have major benefits too. Find the one (or two!) most often used by the majority of your audience and use them frequently.

Not sure what to post? You don’t need to look far. 56% of digitally engaged, cause supporting adults donated to an organization because they read a captivating story via social media. 45% of millennials made a donation in 2013 response to a social media post. So share stories that connect to your cause. Showcase your events, research and the results of what your fundraising dollars have provided. It’s easy to keep your mission in your message.

Use imagery! Visuals are very powerful and can oftentimes communicate a message in a way that words cannot. Approximately 49% of nonprofit supporters wanted to do more after seeing a photo on social media. So post photos from your recent fundraising events, or a picture of a family who has benefited from your donors’ contributions.

User-generated content can be just as effective, or more effective, than professionally-generated content. In fact, 61% of individuals will share cause information just to influence others to support the charities that they support. So share, like, re-tweet, and favorite your supporters’ messages! You’ll reach an even wider audience.

After you’ve identified your target audience and have begun generating a following now it’s time to put your supporters at the center of your social media messaging and really draw from their energy.

Nonprofits can engage individuals in a way that brands cannot because they have a much easier time tapping into their supporters’ emotions. To effectively communicate with your target audience, ensure that every social media post leverages one or more of the following “Five E’s of Engagement”:

Think about how your nonprofit will stand out from the thousands of causes that will be vying for the same dollars on #GivingTuesday. Ask yourself, “If someone is going to connect with our cause, what are we uniquely positioned to do that can help them or that makes them passionate givers?” You might consider:

Social media is a powerful tool that can be utilized for much more than event promotion. It’s about finding ways to connect with your constituents and strengthen the bond between your donors and your mission. It’s about connecting. If you feel you’re overdoing it, remember that engaging your donors doesn’t have to be about money. Your goal can just as easily be to rally volunteers, educate your constituents, or anything else.

Good luck with your #GivingTuesday 2015 campaign!