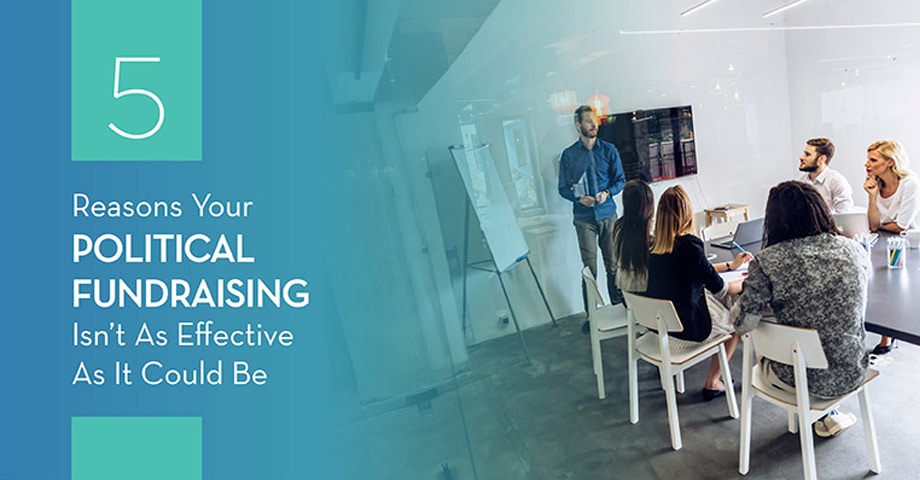 People donate to election campaigns when they connect on a personal level with a candidate’s values and the campaign message. Those connections which are intrinsic to the success of an election campaign are undermined when campaigns treat voters like another name on a list rather than individuals with personal preferences and beliefs. These are a few simple strategies for campaigners to avoid some all too common mistakes with their fundraising ask.

Voter lists are easy to come by. Your State Election office, party voter file or other online resources can provide you access to them. But these lists come with very basic voter data. Most lists include names, addresses, phone numbers with some that include party affiliation, ethnicity, gender, and voting history. Many campaigns make the mistake of relying solely on this data to define their fundraising ask. But then, you’ll end up clubbing a large swath of voters (with unknown supporter levels) under one category reaching them with a blanketed message. The key to any type of fundraising campaign is to segment and target your donors – pick supporters who align with your mission. The same is true for political fundraising! This means a voter who strongly disagrees with your campaign message is getting the same fundraising ask as a strong supporter. A rule of thumb is to run a voter identification campaign after you procure your voter lists where basic voter segmentation occurs between supporter, swing and opposition voters. This is easily done through door knocking (for local elections) or phone banking (for state elections) efforts where you mark supporter levels from 1-5 for each voter.

If you’ve donated online to an election campaign, you’ll be familiar with the flood of emails arriving in your inbox during the following days asking for donations. Even supporters who were initially receptive to your campaign message and willing to donate can be put off by this flurry of emails. Every campaign needs funds to sustain itself, but instead of overwhelming your donors through impersonal requests, choose ways that leverage the personal connections that initially attracted people to your campaign. Strategies such as peer to peer fundraising let you use previously established social connections of your supporters to ask for donations. For making the ask of bigger audiences, peer to peer texting lets your campaign volunteers engage voters in one-on-one conversations. When your fundraising ask goes out as part of a personal conversation rather than a blunt ask, people are more inclined to hit that Donate button.

After taking the effort to convince people to donate to your campaign through direct (email, text, phone calls) or indirect means (display ads, word of mouth), the last thing you want is to lose out on donations on your donation page or because the process is just too complicated. As the number of steps to make a donation or number of questions on your donation form increase, so does your abandonment rate. Some ways to make the donation process easier for donors is to reduce the steps required to make a donation, only include mandatory fields, suggest giving amounts ($5, $10, $15 etc), pre-filling forms and implementing mobile giving strategies like text-to-give and mobile responsive donation pages.

Sticking to one or few outreach channels

A lot of campaigns prefer to stick to tried and tested voter outreach channels like phone banking, door-to-door, and email throwing in small doses of social media. But the voting population is a diverse set and sticking to a handful of channels does not take into account the small but statistically significant voter groups who are better reached through other communication channels. Now more than ever, when winners are decided by thin margins, every single vote counts. So along with traditional methods, incorporate other channels into your voter outreach such as, search ,display, and video ads, text messaging, peer-to-peer fundraising, and friend-to-friend outreach. Take a look at the likes of Randy Bryce and Jagmeet Singh for cues on how to effectively leverage new media for your election campaign.

Voter outreach is built on multiple touch-points between the campaign and the voter. But if those touch-points exist independent of each other, voters have a hard time connecting each campaign message to the bigger picture. If you run a door-to-door canvas one day and then reach out again after a few weeks with a fundraiser invite, people are not going to open their wallets. But when you follow up that door to door canvass with an email thanking them for their participation, you’ll not only create context for your event invite but open up an additional channel where you can ask for donations. Follow-ups let you nurture a sense of goodwill with voters (i.e thanking them for a donation or for attending an event) that makes people more willing to contribute to your cause.

Each of the measures mentioned above is easily implemented. They not only serve to increase campaign donations but also to create better engagement with targeted voters. So essentially, make sure you are reaching the right people, with the right message, using the right channels. 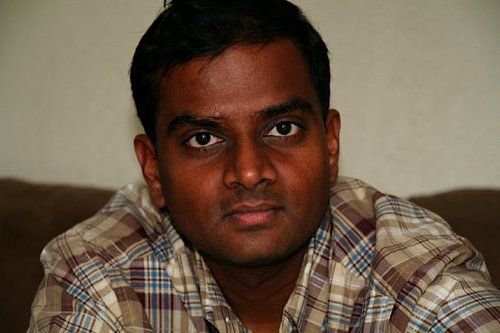 Augustus is founder and CEO of CallHub, a Voice and SMS company building cloud communication software for political campaigns, advocacy groups, and nonprofits. When not working, he is either making toys with his kids or training for a marathon.