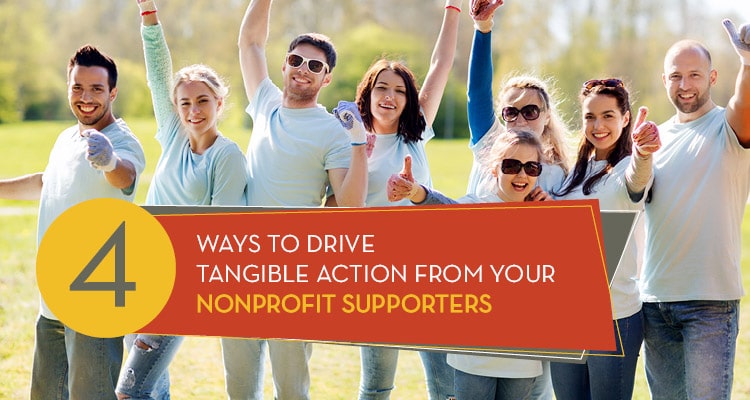 4 Ways to Drive Tangible Action from Your Nonprofit Supporters

If you want to drive your nonprofit supporters to action, you need to know what makes them tick. You can get an idea from the data you’ve collected and the insights from testing different strategies, but there’s also a bit of psychology that comes into play.

What makes a person devote their time to an organization? Why do people donate? Why do people support a certain cause? When you’re able to understand what leads these people to offer help and resources to further your cause, you can tailor your outreach accordingly.

Here are four techniques nonprofits can use to motivate their supporters to take an action.

1. Craft An Action-Oriented Call To Action

The main purpose of CTA is to drive supporters towards an action, whether it is to click a link, subscribe to your newsletter, register for an event, sign a petition, or make a donation. Without a clear CTA, readers end up asking – “What do I do next?”

Start off using a simple and direct approach when writing your CTA. You don’t have to do anything fancy – just decide on a specific action you want your supporters to take and pen it down.

If you’re sending out texts to previous donors asking for funds towards a new initiative, instead of a generic broadcast that reads:

“Every dollar you donate brings us closer to universal education. Support us by making a donation today {donation link}.”

be specific about the action you want to initiate:

“Hi Alice, this is Jesse volunteering with Hope Society. We’re donating books for the school year to every kid in Chintsa Bay who can’t afford one. Can you pitch in $5 for a set?”

People prefer not to overthink a decision. When they see the actual dollar amount in the CTA they are more inclined to make the donation since they don’t need to spend time figuring out how much to give. The same can hold true when you ask your supporters to volunteer. Specifying the action and opportunity can help drive their decision-making.

2. Focus On Time Versus Money

When it comes to driving action from your supporters, it’s more effective to start with an ask for time rather than money – even when your goal is to raise funds.

Say you’re interacting with lapsed donors. Spend some time to explain your nonprofit’s story in detail and the impact of your mission on those you serve. Give them examples of the progress you’ve made since their last donation and how, if they contributed now, it would help move the story forward. This strategy is likelier to work than just directly asking supporters to donate. Research suggests that the main reason people donate to an organization or take some other action is due to the way in which they are asked to do so.
This is because a person’s representation of time is closely associated with the concept of emotional meaning, whereas money represents the concept of economic utility. This means that if you start a conversation asking for people’s time, your focus is on what the supporter feels and experiences rather than what you want from them. So the next time you want to pick up the phone for a fundraising call, consider asking them to spend some time to learn about your cause instead.
Another explanation for why the time-ask works is because it is guilt-based. People often opt out of volunteering time, and after they decline to volunteer, guilt ensues – thereby fueling their desire to donate more money to your organization to reduce this guilt. Either choice is a win for the organization.

Social proof is based on the idea of safety in numbers. That is, people do what they observe other people doing.
In fact, we encounter social proof in almost every aspect of our lives, from what to do at a party, to whether it’s okay to eat with our fingers. It’s also a reason why there’s canned laughter on sitcoms and why books are labeled as best-sellers.
Now you’re probably thinking what this has to do with driving action from supporters. Well, it’s rather simple. Instead of just collecting testimonials from your supporters, framing a story around them can convince more readers to take action.
Interview a supporter, get their information, and showcase it to the world as a story. While making an appeal for a donation or for volunteers, tell the story of how Jack or Melinda found your organization, how it relates to their own aspirations in life and the good that came out of their actions. A story with clearly laid out steps till the end result gives people a path to emulate and follow easily.
The next important thing to remember in social proof is the ‘diffusion of responsibility effect.’ According to this phenomenon, when supporters see a growing number of people helping your cause they end up thinking “if so many others are helping, my help isn’t necessary.” This negatively impacts a person’s motivation to support your cause.

Combat this by emphasizing the impact of individuals around your cause and then support that with the number of people taking a certain action. You can do this by telling your supporters what an individual contribution will do for the entire cause. This will remind and motivate supporters that they can make a difference as individuals while being a part of a larger cause.
You can also use the power of social proof to drive up the number of petitions signed for your cause simply by displaying the number of supporters who’ve signed it in real time on your website.

Everyone loves to be a part of a winning effort. With the goal in sight, success feels more tangible, and you find it easier to get your supporters to contribute. This is known as the goal proximity effect.
What does this mean for driving tangible action from your supporters? It means you need to build momentum for the effect to kick in.
To build this momentum, split your campaign into a soft launch and a hard launch. During the first two weeks (soft launch), reach out only to your hardcore supporters, passionate volunteers, and social media enthusiasts. Next, when you open it to the others (hard launch), you’ll be able to demonstrate the progress you’ve made and by getting more people to join in. For instance, if your goal is to reach $10,000, first do the soft launch, build that number up, and then do the hard launch where people see that you’re closer to your goal.

Breaking down your primary goal into smaller goals is another way to take advantage of the goal proximity effect. You can set tiers of goals (smaller goals within the larger one) to make sure supporters remain energized throughout the campaign.

At the end of the day, carrying out a bunch of actions solely focused on growing your supporter base, i.e., expanding your lists, sending more emails, making more calls isn’t enough. You need to step into supporters’ shoes to understand the core of what motivates and inspires them. Only once you do this can you frame your communications in a manner that prompts tangible action and contributes to lasting change. 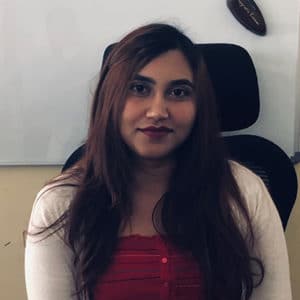