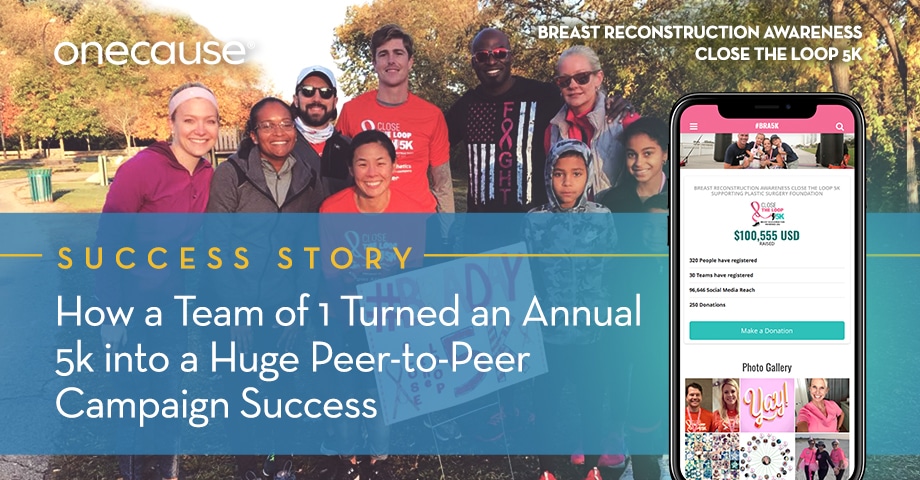 The mission behind the Breast Reconstruction Awareness (BRA) campaign is simple: educate, engage, and empower women to make the decision that is best for them following a diagnosis with breast cancer. Sponsored by American Society of Plastic Surgeons and the Plastic Surgery Foundation, the BRA campaign has successfully informed millions of people on the breast reconstruction options following a mastectomy.

Between fundraising campaigns, appeals, and grants, the foundation fund development brings in over $2.6 million dollars a year. But here’s the catch – programming for the foundation is a one-woman team!

With that amount of fundraising volume, Rochelle Jerry, Program Manager at American Society of Plastic Surgeons knew she needed strong fundraising technology to help do some of the heavy lifting.

Enter OneCause’s suite of fundraising solutions. The foundation finalized its decision to tap into the power of OneCause Peer-to-Peer fundraising just weeks before the pandemic hit – and thankfully so!

BRA holds an annual event, Close the Loop 5K, to raise funds and awareness for the cause. The event is typically held in-person during the foundation’s annual meeting, but with stay-at-home orders and social distancing, plans needed to change – and fast.

In previous years, the annual Close to Loop 5K brought in fundraising revenue exclusively from entry fees. Now that the foundation had the power of peer-to-peer fundraising software on their side, they needed a plan to broaden their revenue reach and maximize virtual campaign.

“We knew we were going to use the OneCause platform for the race. But with everything going on in the world, we didn’t know how we were going to engage participants and communicate with them about our event and our mission,” said Jerry.

The foundation needed to find a way to effectively engage supporters so that they could raise more money and reach more people.

Pivoting an on-the-ground event and going virtual is hard – especially for a team of one. Nonetheless, the foundation knew they had to:

For the Plastic Surgery Foundation, the solution was simple – utilize Peer-to-Peer fundraising to help turn their supporters into ambassadors. The team had some big goals for the event, and they needed to find the right technology to support them.

“I knew OneCause was the right solution. Once I saw all the capabilities that it had and how easy to use it was, I knew it was going to be a game changer for not just our supporters but for me,” said Jerry.

The Plastic Surgery Foundation went all in with OneCause’s Peer-to-Peer. And as a result, the BRA 5K became an unstoppable movement to power the foundation’s mission.

It all started to really come together when a few surgeons involved in the event reached out about the software.

“They were saying ‘This is awesome!’ ‘What is this? I love the look and feel!’ And from there, I knew that this was going to be something special. I ramped up my efforts to utilize the OneCause platform to its full potential,” said Jerry.

Jerry worked to create a fundraising page that was intuitive, engaging, and shareable. The BRA 5K campaign picked up momentum, and as more participants joined and started fundraising, the donations and social media shares exploded.

The results were incredible, and Jerry attributed their success to three key strategies:

Empower Participants to Be Ambassadors

This year, without a physical race, they knew they needed a new way to bring in donations and revenue.

They turned their supporter into more than just participants in a walk, run, or ride –  they became ambassadors, actively raising funds through their social networks for the event and the cause!

The software made fundraising social, mobile, and FUN – and made the act of recruiting fundraiser simple for this team of one.

“We started communicating with participants about how to build their teams, fundraise for the cause, and earn points on the software. We put a huge focus on creating and promoting their fundraising pages – which really took our event to the next level. Giving them easy tools so they could be be successful is what made us successful,” said Jerry

It was all about engaging and empowering participants. OneCause’s Peer-to-Peer software made it easy for participants to spread the word about their support and recognize contributors to their fundraising pages. This, in return, kept everyone motivated and focused on hitting goals!

In our world of social distancing, Plastic Surgery Foundation knew they needed to get people connected their mission and bring their fundraising to life – virtually.

The best way to do that was to focus on imagery and storytelling. They took to social media and empowered their participants to do the same!

What stood out about the foundation’s social media efforts was their ability to demonstrate impact. The foundation’s amazing marketing team created images that highlighted the impact that one participant could have on their mission, and it really struck a chord with participants. 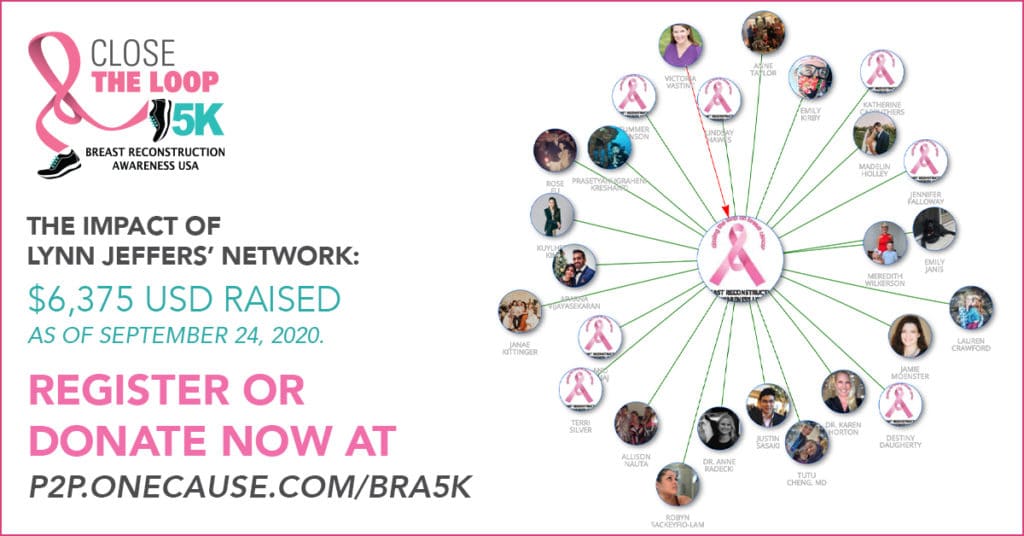 “It spread like wildfire needless to say. The images were everywhere! Imagery is everything nowadays. Posting those photos really showed our followers the potential impact and reach they could have if they got involved with our organization. Kim Kubiak is our Senior Communications Associate, and without her cranking out these images and segmented messages this all would not have been possible.” said Jerry.

Social media is powerful, and the BRA campaign used technology to connect supporters, engage their networks, and highlight social proof to drive impact. 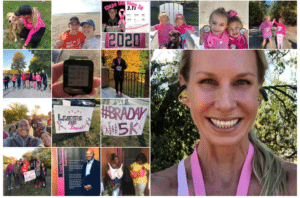 What Jerry found most inspiring was the gallery.

“The gallery on the OneCause platform was incredible and it really took off with our supporters! I uploaded a few photos and videos to get it started and then encouraged people to share their stories as well. It really made our mission come to life.” said Jerry.

While the front end of the platform was a hit with participants, it was the backend of the software that really blew Jerry away. Her ability to segment her donors and pull reports made her job more efficient and effective.

“Because of the software we were able to pull donor information to help segment and target our communication efforts. For example, we were able to say, ‘let’s target people who made a donation this week’ or ‘let’s focus on encouraging honorary donations on behalf of a loved one affected by breast cancer.’ The system made it easy and our donors really responded to how personalized everything was,” said Jerry.

When asked about what ultimately was the key to success for the BRA 5K, Jerry shared how participants responded to the OneCause Peer-to-Peer solution.

“This platform has just upped our fundraising game for the Plastic Surgery Foundation and the participants LOVE it. We can’t wait to see how else we can use it in the future.” 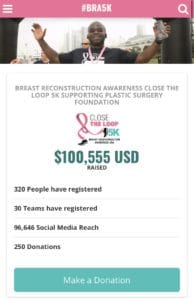 It’s safe to say the first ever Breast Reconstruction Awareness Peer-to-Peer campaign was a huge success! Check out these incredible results:

So, what does the future of fundraising look like for the next year’s campaign?

“We will definitely continue with peer-to-peer fundraising in the future, whether it’s in-person, hybrid, or virtual. It was just so successful and brought so many existing supporters and new people to the cause,” said Jerry.

We know that with the power of peer-to-peer and this mighty one-woman fundraising team, nothing will stop Plastic Surgery Foundation from achieving remarkable success.

To learn more about the Breast Reconstruction Awareness Campaign and donate to their cause, please visit their website.

Not Done? Keep Learning with OneCause